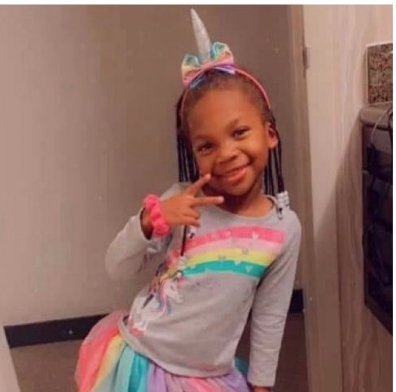 A 6-year-old girl in Florida has died after she was one of three people shot at a toddler’s birthday party this weekend.

According to WPLG, Chassidy Saunders died at Jackson Memorial Hospital’s Ryder Trauma Center after she was hit by a bullet in Miami on Saturday night. Two adults were also shot: a 20-year-old woman who was taken to the same hospital, and a man in his 20s who had been shot in the leg. The conditions of the adult victims are not known.

The shooter or shooters fled the scene are still at large. Miami police reportedly searched the scene for evidence, and took a vehicle with bullet holes in the windows into evidence. Police are offering a $5,000 reward for information leading to a suspect.

Those who knew Chassidy said that she loved making videos on TikTok, was a happy, energetic child. According to a social media post about an upcoming fundraiser for the family, Chassidy was a kindergarten student.

This weekend one of our Kindergarten students, Chassidy Saunders, was fatally shot while she was attending a party for kids.  A young lady full of life had her life taken away at just 6 years old. RIP to this angel 🤍 pic.twitter.com/0JIr35UDam

“We gotta go through real pain, man. People don’t know what we gotta go through, man,” Santonio Carter said, a friend of family, said in an interview with the news station. “Stop it! Just stop it.”

Carter reportedly lost his own 6-year-old son to a stray bullet five years ago.

Anyone with information about the shooting is urged to call Miami Dade Crimestoppers at 305-471-8477.