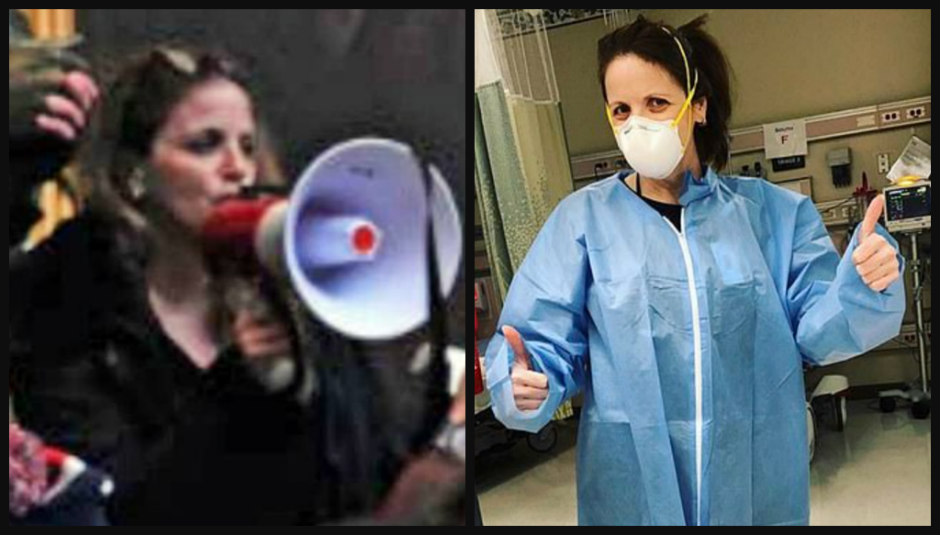 A California physician, well-known for pushing hydroxychloroquine treatment for COIVD-19, has been arrested in connection with the January 6 Capitol riots.

Dr. Simone Gold, 55, was arrested Monday in Beverly Hills. According to authorities, the FBI circulated a photo of Gold with 37-year-old John Strand, the communications director for America’s Frontline Doctors, prior to her arrest.

Federal authorities were tipped off about Gold and Strand after she appeared in The Washington Post and admitted she was at the riots. Strand is also facing charges.

Gold told The Post she has regrets now about participating because she wants nothing to harm her advocacy work with America’s Frontline Doctors. However, she claimed that she saw no violence and stood in a peaceful protest area.

“I can certainly speak to the place that I was, and it most emphatically was not a riot,” Gold told the outlet. “Where I was, was incredibly peaceful.”

Do you see anyone you recognize? The #FBI is still seeking information to help identify individuals who actively instigated violence on January 6 in Washington, D.C. Visit https://t.co/o9rDVDsk5S to see images from current cases, and submit tips to https://t.co/buMd8vYXzH. pic.twitter.com/R9JqN8TqpP

Gold said she worked for two hospitals as an ER doctor but was “promptly fired” after the Capitol riots.

As CrimeOnline previously reported, five people died after thousands of protesters breached the U.S. Capitol building, including Capitol Police Officer Bryan Sicknick, who passed away after he was attacked by rioters.

Forbes Magazine said that nearly 100 people have been charged, sometimes after being turned in by friends and family members.

ARRESTED: Dr. Simone Gold, 55, from California was fired months ago for false and dubious claims related to the pandemic. Here she is at a rally in DC leading up to the terrorist attack at the Capitol. pic.twitter.com/LYbW8ilgN1

The assistant director in charge of the FBI’s Washington field office, Steven D’Antuono, said that agents have gotten hold of more than 140,000 pieces of digital media.

“And we are scouring every one for investigative and intelligence leads,” D’Antuono said. “We continue to ask for more.”