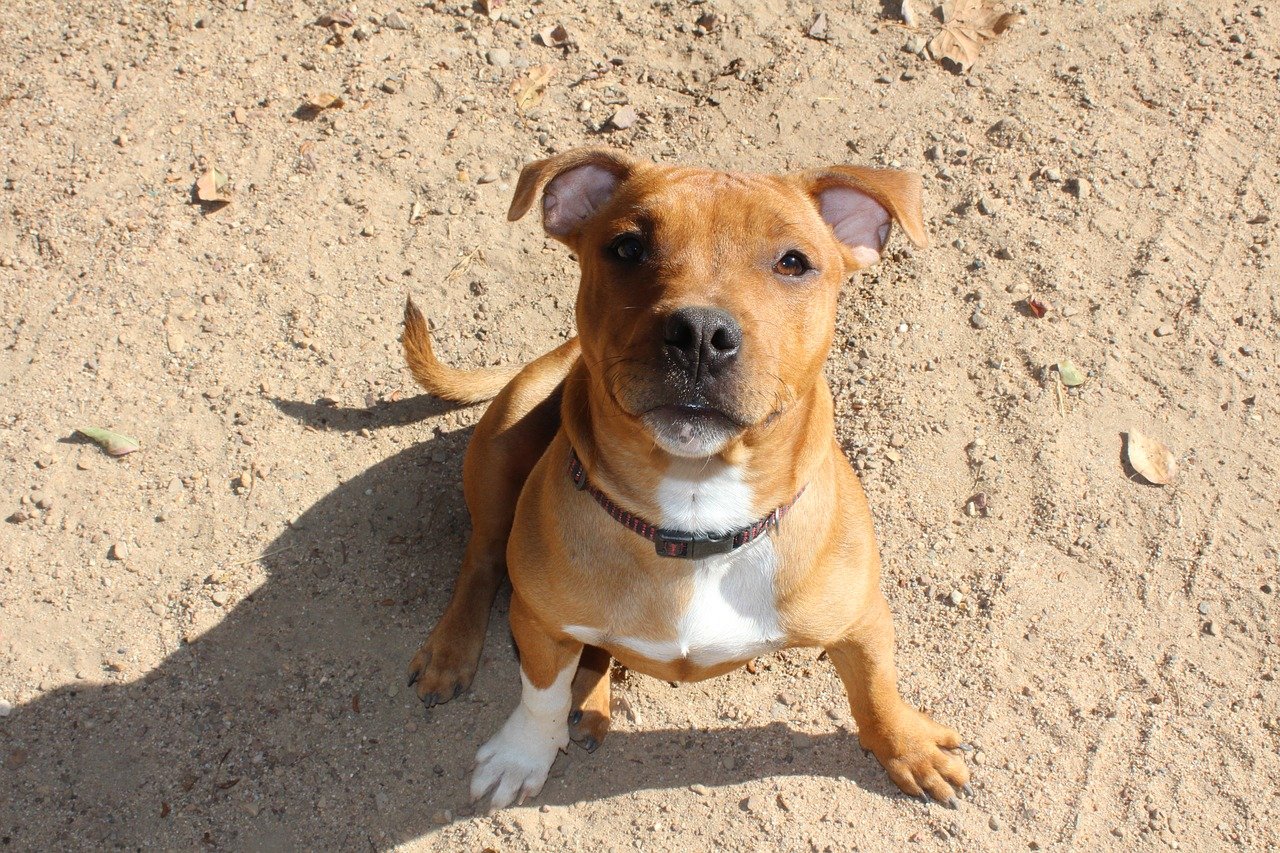 A pet dog has been credited with saving a woman after she was viciously attacked by her live-in boyfriend.

Evening Express reports that 24-year-old Liam Gove attacked his girlfriend inside their home in Aberdeen, Scotland, last year. Grove is accused of trapping the victim and beating her to physically stop her from leaving.

According to police, Gove became flew into a rage when his girlfriend questioned why he called for a cab at around 2:30 a.m. Gove allegedly stopped the victim from leaving after she confronted him in the bathroom.

A Staffordshire bull terrier, who belonged to the girlfriend’s daughter, made his way into the bathroom to defend the victim after hearing the disturbance.

“Their dog then came into the bathroom, which further infuriated the accused,” fiscal deputy Christy Ward told the Aberdeen Sheriff Court.

“He [Gove] tried to get the dog out but it would not go, so he began repeatedly striking the dog on the body, causing it to yelp each time. Grove’s partner then managed to leave and went through to the bedroom.”

“The accused followed her into the bedroom, seized her by the shoulder, turned her around and punched her twice in the face with such force that he knocked her two front teeth out and caused her nose to bleed.

“The dog began to bite the accused, bringing an end to the incident.”

Brute Liam Gove, 24, spent two days in hospital after being bit by the Staffordshire bull terrier.https://t.co/00g7AG6S0c

The dog’s attack on Gove was so severe that he spent two days in the hospital. Upon his release, he was arrested and charged with a domestic aggravated charge of assault to severe injury. He was also charged with animal abuse.

During court this week, defense attorney Gail Goodfellow said that despite the incident, Gove and his girlfriend are still together, the Daily Record reports.

Goodfellow added that the defendant said there have been behavior problems with the dog and they were seeking to rehome him, but Sheriff William Summers directed the blame to Gove.

“Your behaviour on March 29 was despicable and this offending is simply deplorable. You started by beating a defenseless animal and went on to carry out a vicious and unprovoked attack on your partner. It’s quite clear, even at the relatively young age of 24, you have become a serial domestic abuser.”

Gove was ultimately given two years on probation and ordered to complete the Caledonian program, which helps offenders in an “integrated approach to addressing domestic abuse.”

Gove was also ordered to serve 300 hours of community service and has been banned from owning or caring for a dog for at least five years.

Gove and the victim are reportedly expecting their first child together.