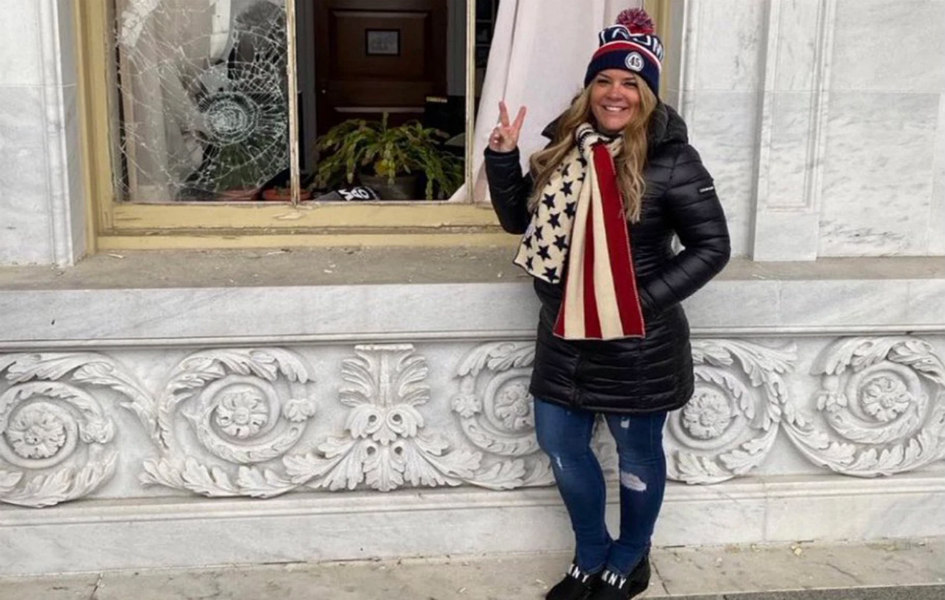 ‘No guilt in my heart’: PayPal boots realtor raising money for legal funds after taking private jet to Capitol riot

A Texas realtor facing charges in connection with the U.S. Capitol riot has been asking for public donations, but two online payment systems, including PayPal, reportedly shut her accounts down.

Ryan claimed she first opened an account on Fundly to ask for help with her legal fees, but later switched to PayPal after Fundly reportedly shut her account down.

“I am accepting donations to pay legal fees and losses due to my arrest and charges by the FBI,” Ryan posted on Twitter. “I was set up on fundly but they shut me down saying I’m a racist. So now I’m on PayPal where I’ve been for many years. It’s safer.”

I am accepting donations to pay legal fees and losses due to my arrest and charges by the FBI for protesting at the US Capitol. Thank you for your support. Any amount helps.

A PayPal representative confirmed to CBS News that Ryan’s account has been canceled.

“PayPal has a policy to allow fundraising for legal defense purposes,” Kim Eichorn, a PayPal spokesperson wrote. “PayPal thoroughly reviews accounts, and if we learn that funds are used for anything other than legal defense, the account will be subject to immediate closure. We can confirm that the account in question has been closed.”

As CrimeOnline previously reported, Ryan said that she was proud to have “stormed” the Capitol and that she “answered the call of my president.” She posted photos online of herself inside a private jet with several other people as they prepared to go to the Capitol.

While in D.C., Ryan appeared on Facebook Live and plugged her Frisco-based real estate company.

In another video, Ryan reportedly recorded herself while she stood in front of a bathroom mirror and claimed, “We’re gonna go down and storm the Capitol.”

Court documents indicated that footage taken at the riot captured Ryan several times while she inside the Capitol building, which gave authorities enough probable cause to charge her, Dallas Morning News reports.

After PayPal closed Ryan’s account, she tweeted that she really didn’t need donations. The tweet has since been removed.

“Take a secret? I really don’t need the donations. I was just giving people the opportunity to contribute and be blessed by their giving. Whoever donates to me is going to be blessed beyond measure.”