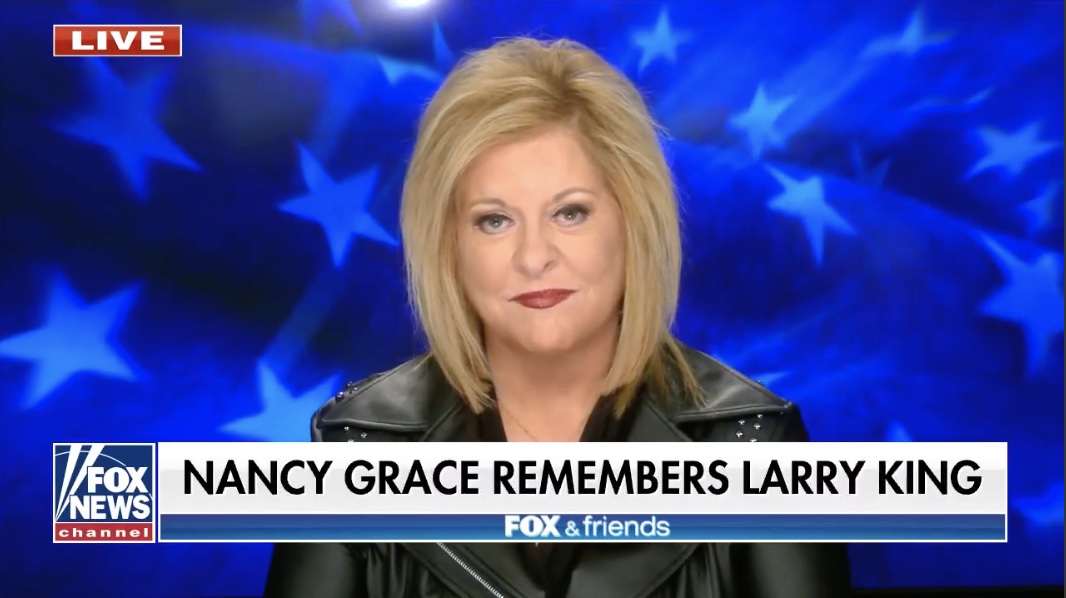 Nancy Grace remembers Larry King: ‘There will only ever be one Larry King’

An announcement on his Facebook page confirmed the news: Longtime CNN host Larry King died Saturday morning at the age of 87.

“Larry King Live” ran for 25 years on the cable network, perhaps the crowning jewel of his 63 years in broadcasting.

CrimeOnline’s Nancy Grace, who appeared on King’s show many times and even guest hosted, spoke to Fox News about the broadcasting legend.

“I owe Larry so much,” Grace said. “Larry basically plucked me out of obscurity. Not a bad word will ever come from my lips about Larry King.”

Grace said it was King who first got her to speak publicly about her fiance’s 1979 murder and laughed at King’s “many many” lectures about not interrupting.

Larry King RIP. You did so much for me. pic.twitter.com/ThjvL74O7P