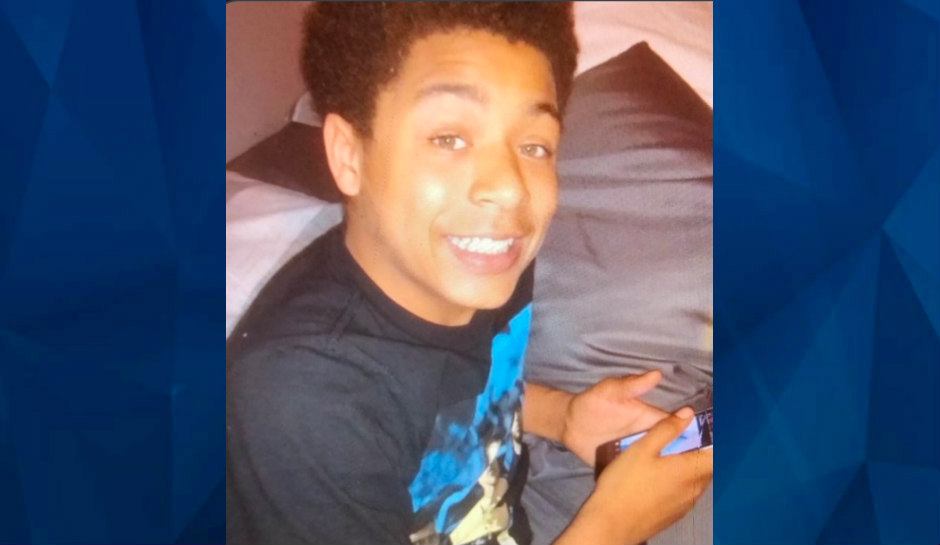 Teen boy, 14, kisses mom on the cheek minutes before he’s shot & killed while taking out the trash

An Ohio mom is mourning the loss of her young son, who was needlessly shot and killed while taking out the trash.

Columbus police officers arrived at the 5300 block of Hazelwood Road in Columbus on Sunday, to find 14-year-old Dayvion Jones lying unresponsive in the street. The boy was rushed to a local hospital where he ultimately passed away, CBS 10 reports.

Police say a group of men in a stolen SUV approached Dayvion. One of the men opened fire before the vehicle sped from the scene.

The shooting happened just minutes after the teen kissed his mother and took the trash out.

Kim Jones says her son, 14-year-old Dayvion Jones, had just kissed her on the cheek and took the trash out when she heard the gunshots. https://t.co/3VmiMTsZsr

“If you don’t know already, he’s an angel now and all that looked out for him and loved him…he’s going to look down and shine all on you,” Dayvion’s mother, Kim, said.

“I just want to call his name and he walk through my door right now.”

After the shooting, the suspects crashed the stolen SUV near Tamarack Boulevard and Forest Village. The suspects then fled on foot from the scene.

Kim said her son was on house arrest after he had a fight last year, but added that her son did nothing to deserve being shot, ABC 6 reports.

“Why would you kill a 14-year-old kid? What could he have done to you?”

*Editor’s Note*: A previous version of the story indicated that the victim was from Georgia. The story has been updated to reflect he was from Ohio.*