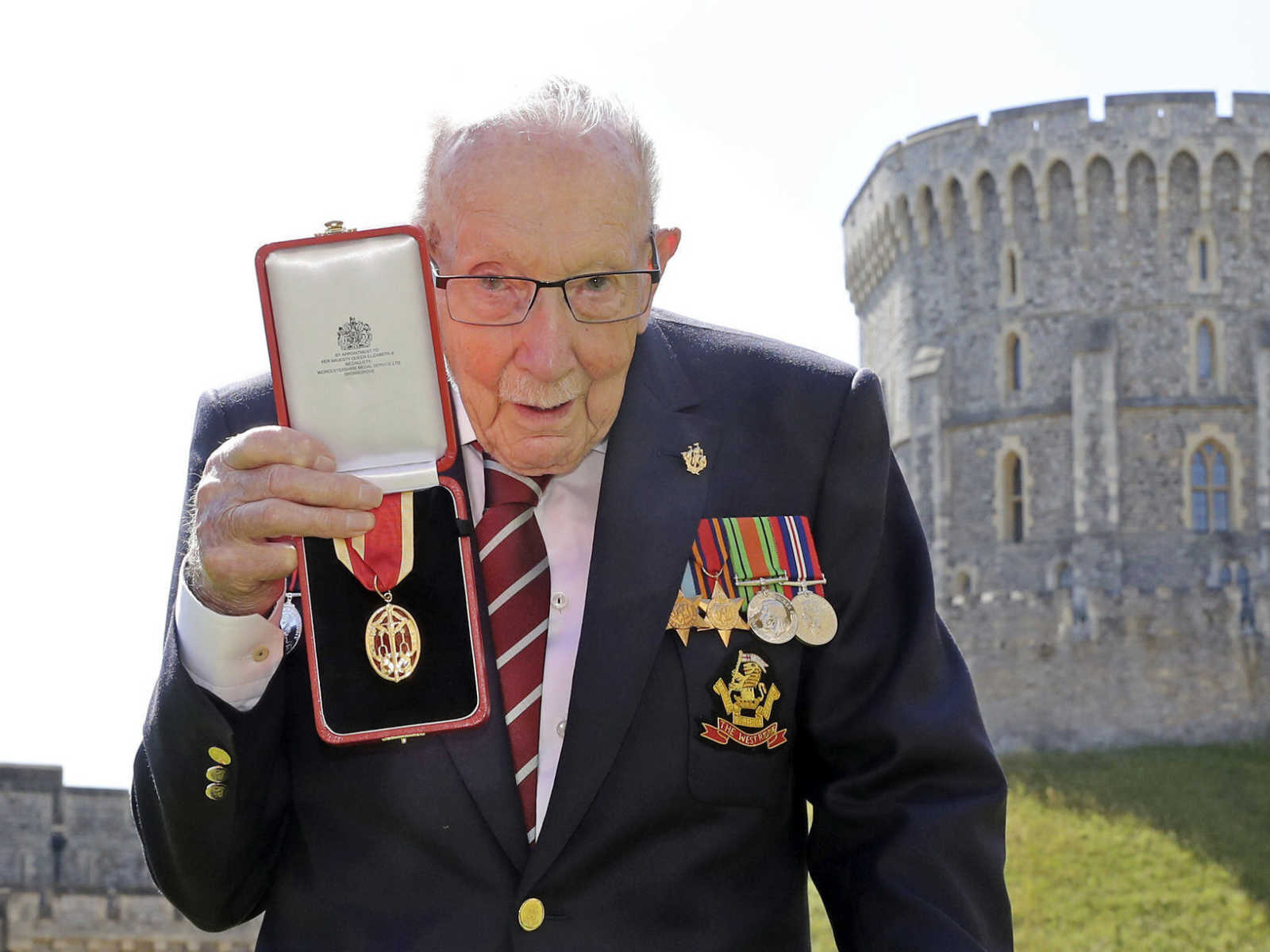 CNN reports that Moore became well-known during the first part of the coronavirus pandemic after he walked laps around his garden in order to help raise money for healthcare. His efforts paid off. Moore raised $45 million (£33 million) and was knighted by Queen Elizabeth II.

On Sunday, Moore was hospitalized with Covid-19 and pneumonia. His family said was admitted to the Bedford hospital after having breathing difficulties. He subsequently passed away while still in the hospital.

“The last year of our father’s life was nothing short of remarkable. He was rejuvenated and experienced things he’d only ever dreamed of,” Moore’s family said in a statement. “Whilst he’d been in so many hearts for just a short time, he was an incredible father and grandfather, and he will stay alive in our hearts forever.”

Moore was also credited with boosting the spirits of people in England, while his quote, “Tomorrow will be a good day” went viral on social media.

“We join the United Kingdom and the world in honoring the memory of Captain Sir Tom Moore, who inspired millions through his life and his actions,” the White House tweeted upon learning about Moore’s death.

We join the United Kingdom and the world in honoring the memory of Captain Sir Tom Moore, who inspired millions through his life and his actions. https://t.co/b2zUsZkHo3

On his 100th birthday, the Army Foundation College in Harrogate made Moore an honorary colonel. He also became the oldest person in the UK to have number one single after he recorded “You’ll Never Walk Alone” with Michael Ball in 2020.