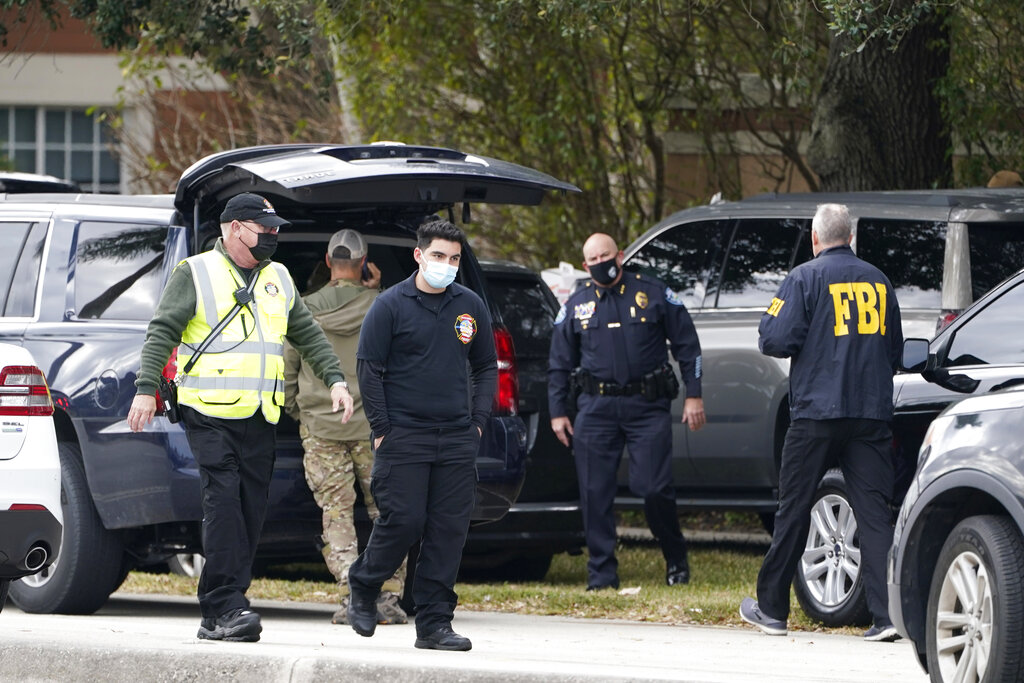 A Florida newspaper has shared an edited audio recording of a 911 call reporting the shooting of FBI agents serving a warrant at a residence in Sunrise. The recording suggests that dispatchers may not have been aware initially that two of the agents were mortally wounded, or perhaps that the shooting continued for some time.

As CrimeOnline previously reported, Special Agents Daniel Alfin and Laura Schwartzenberger both died in an early-morning shooting Tuesday as agents attempted to serve a warrant to a suspect in a child pornography investigation. Three more agents were injured, and two required hospitalization. The suspect, who has not been identified, also died. Authorities have released very little information about the circumstances of the shooting.

WBZ has confirmed Special Agent Laura Schwartzenberger – one of the two FBI agents shot and killed in FL yesterday- graduated from Northeastern University in #Boston where she studied criminal justice. She leaves behind her husband and two children. @wbz pic.twitter.com/QO1c6BgP9C

The Sun-Sentinel published an audio file of the 911 call recording, which was reportedly edited “for length” by a third -party service “to focus on key moments in the recordings.” According to the report, the agents arrived to the suspect’s residence at the Water Trace Apartment before 6 a.m. Tuesday. Also before 6 a.m., a neighbor called 911 to report hearing as many as 50 gunshots.

That resident or another person who lives or works in the apartment complex reportedly says on the call, which has limited sound quality, that one agent has been shot in the shoulder and another in the leg. A timeline published by the Sun-Sentinel indicates that emergency responders were on the scene by or before 6:16 a.m.. At 6:23 a.m., fire paramedics requested “a helicopter to airlift at least one of the wounded,” according to the report.

In a segment that aired Wednesday, CBS This Morning reported that the suspect used a doorbell camera before the shooting, and that agents never made it into the residence. Multiple reports indicated that suspect saw the agents approaching via the doorbell camera, a tactic that a former FBI agent said in the CBS This Morning segment is addressed in agency training for serving warrants, which is known in law enforcement to be one of the more dangerous aspects of an FBI agent’s job.

Two FBI agents were killed and three others were hurt while serving a warrant related to a child pornography case in Sunrise, Florida. The gunman reportedly used a doorbell camera before opening fire.@BojorquezCBS has more on the investigation. pic.twitter.com/FdUsTEzVGq

“Its just horrifying,” Benjamin Greenberg, former U.S. Attorney for the Southern District of Florida, told the Sun-Sentinel. “The public doesn’t realize how dangerous it is to execute search warrants and arrest warrants.”