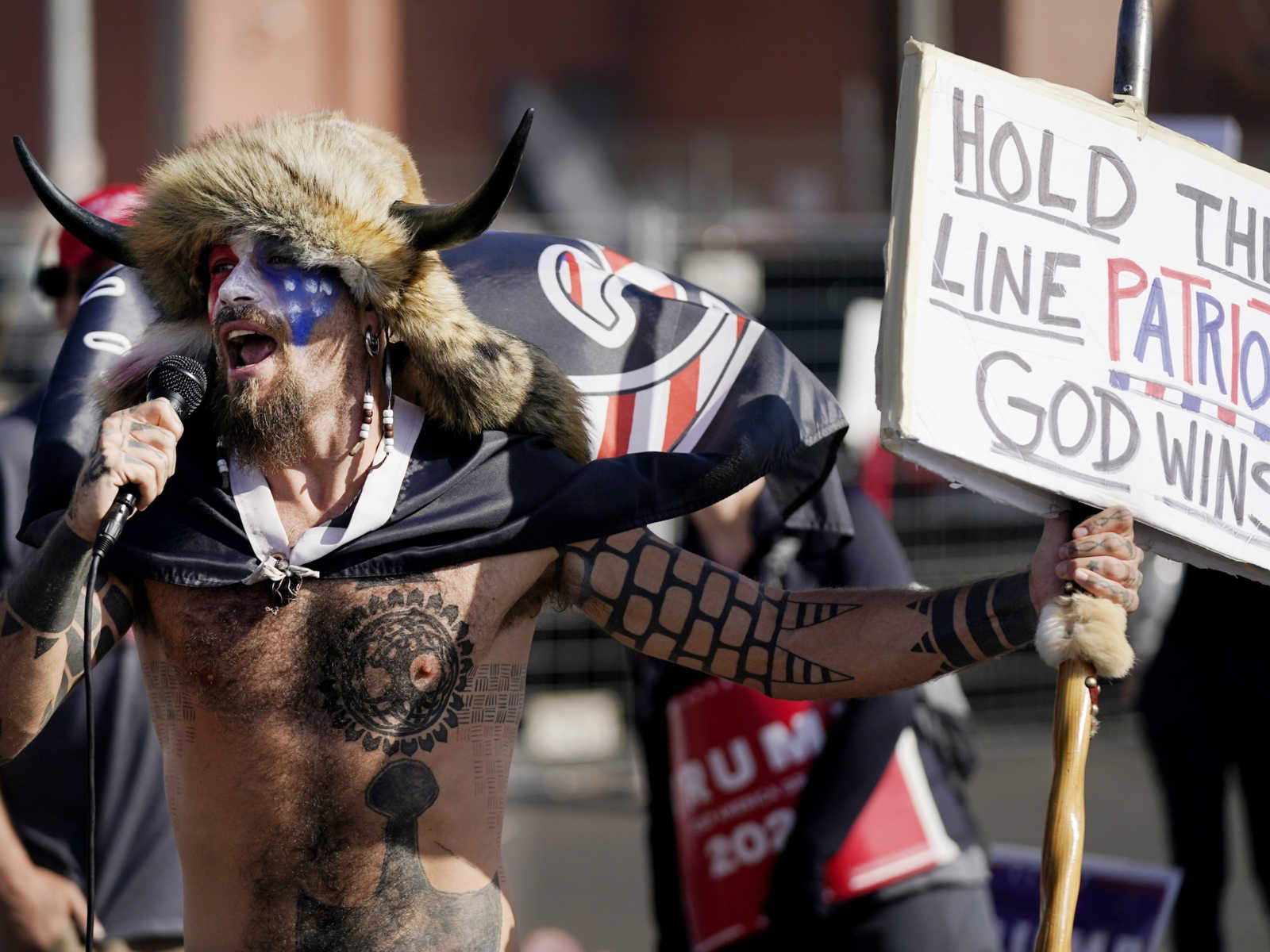 The white man who wore a horned helmet and carried a spear in the violent attack on the US Capitol on January 6 and was arrested for doing so has been moved to a jail that is willing to serve him the organic food he says is part of his “shamanism,” Forbes reports.

U.S. District Court Judge Royce Lamberth agreed Wednesday that Chansley should get his special food, but the jail where he was being held said it couldn’t comply. Federal officials moved him to a jail in Alexandria, Virginia.

His attorney said that Chansley refused to eat for nine days after he was moved from Arizona to D.C. and lost 20 pounds because he believes organic food to be part of his “shamanic belief system and way of life,” the Associated Press said.

Chansley originally complained about needing an organic diet when he was first arrested, refusing to eat until a federal judge in Arizona ordered the jail to provide for his special needs. When he was moved to D.C., however, the jail refused to give him organic food. When Lamberth ordered that they do so, they provided an organic meal Wednesday night that Chansley said gave him abdominal pain, prompting the jail to say it was unable to comply and leading to Chansley’s move to Virginia.

More on the prior organic-food federal court fight in Chansley's case, during his not-guilty plea on Jan. 29.

Chansley, who believes baseless QAnon conspiracy theories and contends that Democrats stole the November election, was a popular subject of photographers during the pro-Trump insurrection in early January. His fur and horn helmet, tattooed chest, red, white and blue face paint, and six-foot spear with an American flag attached drew plenty of attention. He appeared to be yelling in many photographs.

His attorney says that he believed he was following former President Donald Trump’s orders to take over the Capitol on that day. Chansley insists on organic food for religious purposes, he said.