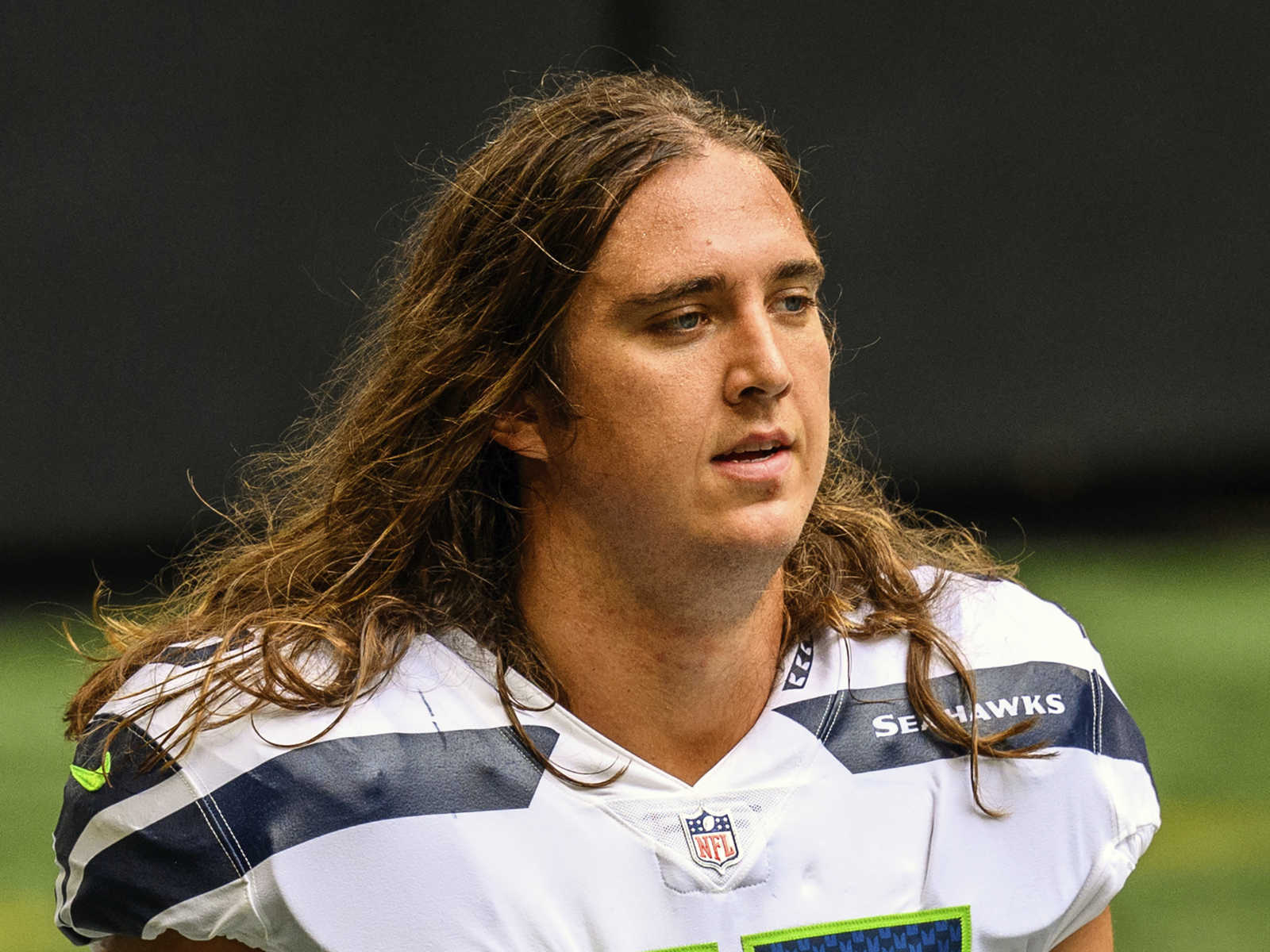 ‘Chad was trying to kill me’: Chad Wheeler’s alleged victim speaks for the first time about brutal attack [VIDEO]

The woman who was allegedly assaulted by former Seattle Seahawks lineman Chad Wheeler has spoken to the media about the violent incident late last month.

Alleah Taylor, who CrimeOnline had previously chosen not to identify, will appear on “CBS This Morning” on Wednesday, giving her first public comments since was hospitalized last month with a broken arm, dislocated shoulder, severe bruising, and lesions on her neck in the shape of fingerprints.

As CrimeOnline previously reported, Wheeler allegedly attacked Taylor after she resisted his demand to “bow” to him. Police documents allege that Wheeler repeatedly suffocated and/or choked the victim into unconsciousness, at one point shoving his fingers down her throat. At one point, Taylor was able to escape the bedroom where she was being beaten and ran to the bathroom. Reportedly afraid to call 911 in case Wheeler heard her, she texted family and friends–including Wheeler’s father–and begged them to call for help. Eventually, Taylor contacted 911 herself. She reportedly told responding officers that she believed at one point that she had died.

The police officers said in an incident report that Wheeler, who is 6 feet 7 inches tall and weights over 300 pounds, forcefully resisted the officers’ attempt to detain him. At one point, an officer used a Tasser gun in an attempt to subdue Wheeler, but it had little effect. Wheeler was eventually taken into custody, and is now on bail with a GPS monitor after pleading not guilty to first-degree domestic violence assault, felony domestic violence-unlawful imprisonment, and resisting arrest. While prosecutors did not recommend that Wheeler be remanded until trial, a visibly injured Taylor appeared at a hearing February 1 and asked the judge to keep Wheeler in custody for her safety.

“As you consider Chad’s custody status, I want you to know that I believe that as long as he is out of custody, I am not safe,” she read from a written statement.

The judge ordered that Wheeler remain on supervised house arrest and that he not travel further than King County and its two neighboring counties, despite Taylor’s request that Wheeler go to California to be with family if the judge declined to keep him in jail.

CBS This Morning released a clip of the segment that will air on Wednesday. In the interview, Taylor described Wheeler’s chillingly nonchalant behavior during and after the violent assault.

TOMORROW: The ex-girlfriend of former Seattle Seahawks' Chad Wheeler is speaking out.

We'll have more of our exclusive interview Wednesday on @CBSThisMorning. pic.twitter.com/JjggKpcbj3

“I had touched my face, and I looked down and there was– there’s blood on my hand, Taylor said in the interview clip.

“And I remember getting up and running to the bathroom. Chad was standing by the bed, by the doorway, and he was sipping his smoothie. And he was, like, “Wow, you’re– you’re still alive.”

Taylor said that after she escaped to a bathroom, she texted Wheeler’s father, saying that “Chad was trying to kill me.” She also sent a photo of her injuries.

She overheard Wheeler on the phone with his father shortly after that.

“Chad’s dad called him while he was eating. And while I was in the bathroom. And he answered. And he didn’t have any worry at all, and Chad was, like, ‘I’m just eating dinner. Nothing’s going on.’ And that– that terrified me.”