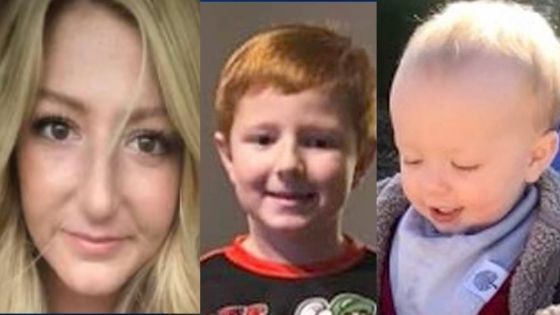 URGENT! Missing Alabama mother, sons could be in danger

Alabama authorities are searching for a mother and her two children who have been missing for five days and could be in danger, WTVY-TV reports.

Kadance Cierra Hooper, 29, and her two young sons were last seen Tuesday afternoon, according to a Missing and Endangered Person Alert from the New Brockton Police Department and the Alabama Law Enforcement Agency.

Hooper is armed – WDHN-TV reports that she took two handguns prior to disappearing – and she may be a threat to herself or her sons, according to WTVY-TV, citing the local police chief. Hollister has multiple sclerosis, which can cause anxiety and depression, and those factors may impair her judgment, WBMA-TV reports.

ALEA has issued a MISSING PERSON ALERT. If you know the whereabouts of or have recently seen the person or vehicle described here, immediately call 911. If you have other information about this missing person, contact the New Brockton PD at (334) 897-2555. @ALEAprotects pic.twitter.com/BGfkH8aAx1

Authorities believe Hooper traveled out of town after picking up her eldest son, 6-year-old Hollister Lee Hooper, from New Brockton Elementary on Tuesday around 3:30 p.m. She is also believed to have her 1-and-a-half-year-old son, Thomas Reagan Hooper.

Kadance Hooper may have disconnected her phone, which hampers the ability of law enforcement to track it, according to WDHN-TV. She is believed to be driving a white 2017 Nissan Rogue with license plate NYD337.

“If you see this person or vehicle, immediately call 911 and provide authorities with as much information as possible, particularly regarding descriptions and direction of travel,” an alert from the Alabama Law Enforcement Agency reads.

Tipsters can also call the New Brockton Police Department at 334-894-5559 to report information about Hooper’s whereabouts.

New Brockton is about 85 miles southeast of Montgomery.