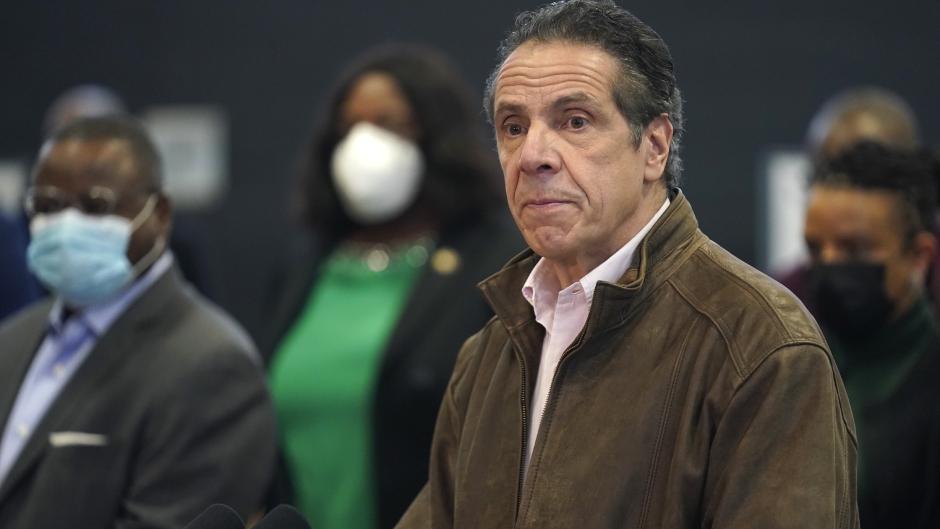 Lindsey Boylan, Governor Cuomo’s ex-special adviser and deputy secretary for economic development, wrote in a Medium blog post that Cuomo, 63, “abused his power” to sexually harass her and other women in the workplace. She started the post by recounting an instance in which Cuomo made a sexually-charged proposition aboard a private plane in October 2017.

Boylan indicated that a state trooper and press aide were within earshot when Cuomo made the comment. The former aide asserted that anyone who spoke up against the governor or his behavior was punished.

“He gave roses to female staffers on Valentine’s Day and arranged to have one delivered to me, the only one on my floor. A signed photograph of the Governor appeared in my closed-door office while I was out,” she wrote.

“These were not-so-subtle reminders of the Governor exploiting the power dynamic with the women around him.”

Cuomo’s reps have not responded to requests for comment regarding Boylan’s allegations, according to The Wrap.

Boylan reportedly first encountered Cuomo in January 2016 — resulting in her boss informing her the governor had a “crush” on her. By the end of the year, Cuomo allegedly asked Boylan to look up Lisa Shields, his rumored girlfriend, because they resembled each other.

“The Governor began calling me ‘Lisa’ in front of colleagues. It was degrading,” she wrote.

In the Medium post, Boylan recounted complaining to friends about how Cuomo would touch her lower back, legs, and arms. The governor’s senior aides allegedly started keeping tabs on Boylan around the same time.

Boylan wrote that she resigned in September 2018 because Cuomo’s top aides became hostile towards her for “speaking up for myself.” She said her resignation was also influenced by an instance in which Cuomo kissed her on the lips at his New York City office.

Yes, @NYGovCuomo sexually harassed me for years. Many saw it, and watched.

I could never anticipate what to expect: would I be grilled on my work (which was very good) or harassed about my looks. Or would it be both in the same conversation? This was the way for years.

Citing personnel records from September 2018, the same month Boylan resigned, the New York Daily News reported that at least two officials requested Boylan’s removal from office for unilaterally calling for an employee’s resignation and making demands of employees who did not report to her.

Boylan first levied sexual harassment allegations against Cuomo in December in a series of tweets. She wrote in Wednesday’s blog post two women reached out to her after her tweetstorm to reveal their own troubling interactions with Cuomo.

One of the women reportedly claimed the governor ordered her to tell staff that their jobs would be in jeopardy if they upset him. The other said she constantly feared what would happen to her if she rebuffed his advances, according to Boylan.

Boylan is currently running for Manhattan borough president. Calling Cuomo’s behavior “abusive,” the former aide maintained that she is not coming forward out of revenge.

“I am speaking up because I have the privilege to do so when many others do not,” she wrote. “I hope that sharing my story will clear the path for other women to do the same.”