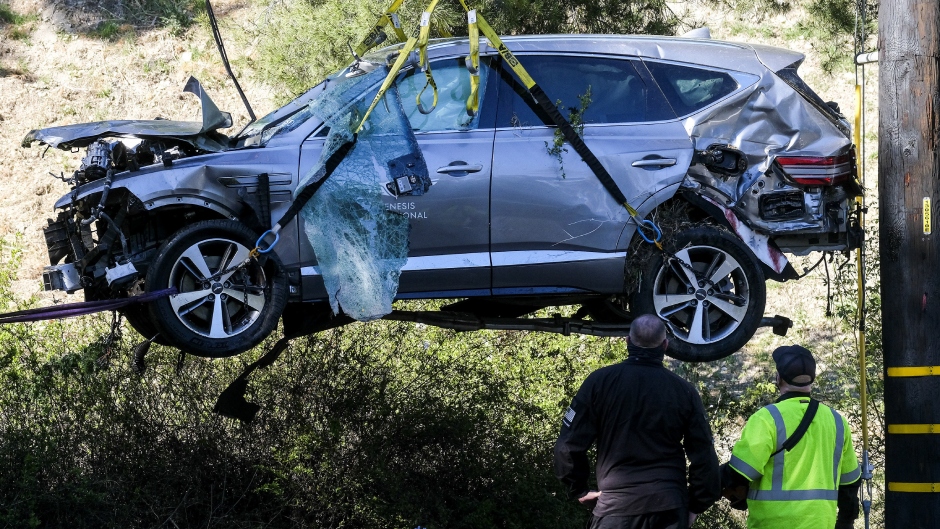 No charges against Tiger Woods in rollover car crash, cops say wreck was ‘purely an accident’

Police said on Wednesday that Tiger Woods will not face criminal charges in yesterday’s single-car crash that left the golfer with multiple leg injuries.

Los Angeles County Sheriff Alex Villanueva said during a Facebook live broadcast that they are considering the wreck involving Woods, 45, in Palos Verdes “purely an accident.” The sheriff also said the golfer will not be facing a reckless driving charge.

Initial reports from various media outlets, including TMZ, indicated alcohol was not believed to have been a factor in the crash. Villanueva echoed those sentiments on Wednesday, saying there is no indication Woods was under the influence of any substances at the time.

Woods is believed to have been driving at a high rate of speed when he lost control, crossing a center divider and rolling multiple times before stopping. Pictures apparently showed Woods’ vehicle on its side and roughly 30 yards from the road.

According to TMZ, officials said they did not take any blood samples from Woods as he appeared coherent and sober immediately following the accident.

A statement posted to Woods’ Twitter account stated that doctors inserted a rod into his tibia and screws and pins were placed in his foot and ankle.

“He is currently awake, responsive, and recovering in his hospital room,” the post reads. “There are no further updates at this time and we continue to thank you for your well-wishes and privacy for him and his family at this time.”