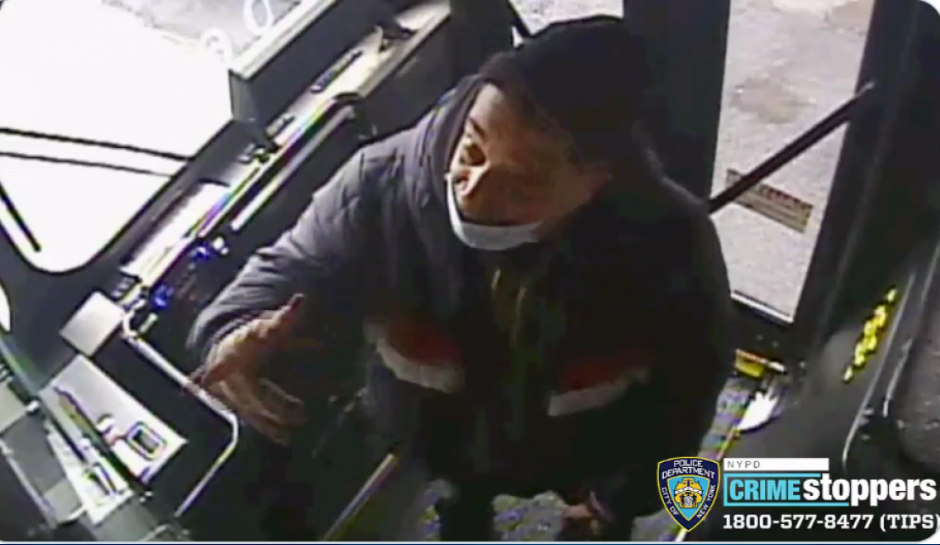 New York authorities are searching for a man who threw hot coffee on a bus driver’s face earlier this month, authorities announced on Thursday.

PIX 11 reports that the incident happened in the Bronx on February 3 when the suspect boarded the BX6 bus without paying any bus fare. The bus driver got into a dispute with the unidentified man, who took a seat on the bus without paying.

When the bus stopped at the next pick-up location, the man walked to the bus driver and threw hot coffee in her face, authorities said. The suspect exited the bus at Third Avenue and East 163rd Street, then fled westbound on East 163rd.

The suspect is described as a black male who stands around 5-feet-8-inches tall and weighs around 170 pounds. At the time of the incident, he was wearing a blue face mask, a black hat, black shoes, and a dark blue jacket with red and white stripes.