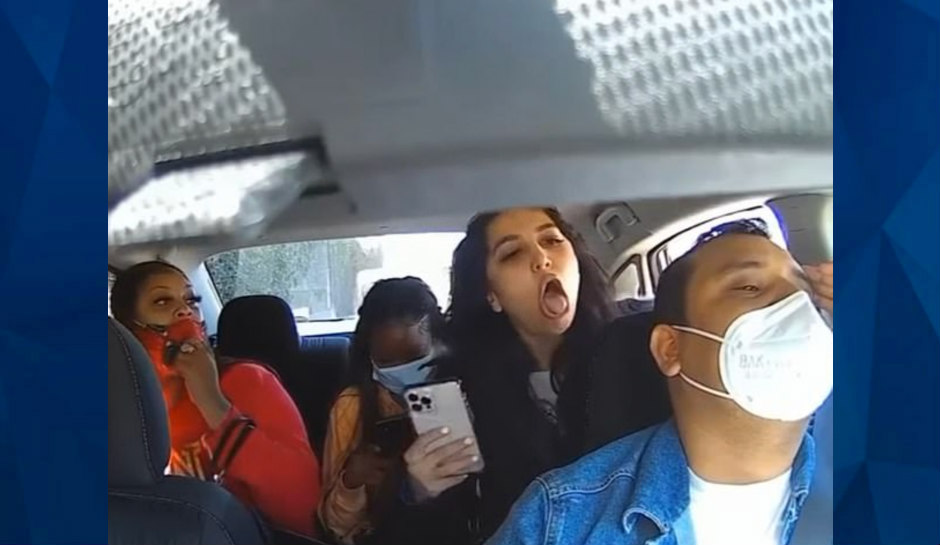 Arrest made after women cough on, pepper spray & mock Asian Uber driver for telling them masks are required: Police

One woman is behind bars and another woman is expected to turn herself in after a viral video showed a disturbing scene inside a California Uber driver’s car.

CBS Bay Area reports that the Las Vegas Police Department arrested 24-year-old Malaysia King Thursday afternoon. Another suspect, identified as Arna Kimiai, 24, reportedly said through her lawyer that she plans to turn herself in.

The arrest comes after Uber driver Subhakar Khadka arrived at San Bruno Ave. and Silver Ave. in San Fransisco last weekend, at around 12:45 p.m., where three women got into his car. One of the women didn’t have a mask on.

As CrimeOnline previously reported, Khadka said the women became belligerent when he asked the maskless woman to put on a mask. When she refused, Khadka said he drove to a gas station so she could buy one. The women reportedly became increasingly hostile and resorted to coughing on the driver, spraying him with pepper spray, grabbing his cellphone, and physically threatening him.

King is accused of spraying Khadka with pepper spray. She’s been charged with assault with a caustic chemical, assault and battery conspiracy, and violation of a California health and safety code.

Kimiai took to Instagram after the incident and shared a video from her point of view. Kimiai said that things got out of control because the driver threatened to drop them off “in the ‘hood” without waiting for a different driver to pick them up.

“He lucky as hell I ain’t have nothing on me… Cause if we would’ve played with me, bruh, it would’ve been a whole different story,” Kimiai said. “All I did take his mask off and cough a little bit but I don’t even have corona.”

“We’re glad to hear that Ms. Kimiai intends to do the right thing and turn herself in to the nearest law enforcement agency, and we hope it happens promptly,” said Lt. Tracy McCray, who heads the San Francisco Police Department’s Robbery Detail.

“The behavior captured on video in this incident showed a callous disregard for the safety and wellbeing of an essential service worker in the midst of a deadly pandemic. We take this conduct very seriously in San Francisco, and we’re committed to ensuring that justice is done in this case.”

California anti-masker who coughed on a driver says she plans to sue Uber pic.twitter.com/IjlGs0wnRg

Although the exact charges Kimiai faces are unclear, sources previously told CBS Bay area that the women were wanted for assault and robbery.