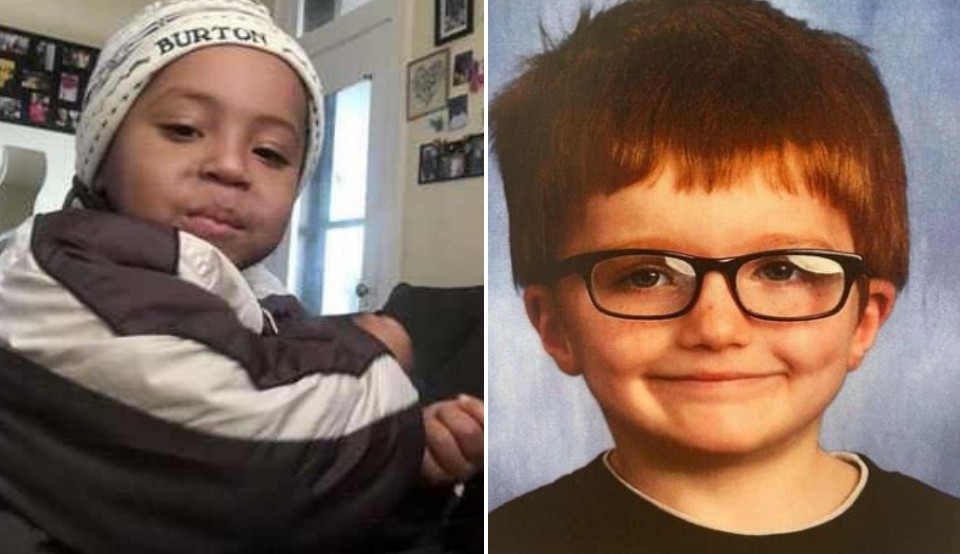 Investigators have been searching for Hutchinson and 3-year-old Nylo Lattimore, who went missing in December and is also presumed murdered

An Ohio prosecutor has said he believes a body may have been found in the Ohio River near the location where Britney Gosney allegedly tossed the body of her 6-year-old son James Hutchinson in late February.

According to WLWT, Butler County Prosecutor Mike Gmoser said there is a high likelihood a body has been found in the area of the Ohio River in Lawrenceville, Indiana. As previously reported, Gosney told police she and her boyfriend had tossed James’ body from a bridge there the morning after she dragged him and possibly ran him over with her car in an attempt to abandon the boy and his siblings.

Gmoser told the news station that sonar detection and a cadaver dog alerted to remains in the river area that has been intermittenly searched in recent weeks due to varying water levels and search conditions.

“We have a high degree of probability that a body has been located. Now, whether it’s the body, we can’t say,” Gmoser told the Journal-News. “But we have technology indicating there is a body in a certain location through sonar and a cadaver dog that has alerted on a special area, so we have a high level of confidence at this point that we have located a body.”

Gmoser did not immediately respond to a request for comment.

Investigators are also searching for another child who is presumed murdered: 3-year-old Nylo Lattimore, who has been missing since December, when his mother was murdered. Police reportedly believe the same suspect who allegedly killed the boy’s mother also killed Nylo, but it does not appear the suspect has told investigators anything about what happened to Nylo or where his body could be.

NOW: Search for James Hutchinson (and Nylo Lattimore) continues on the Ohio River near Carroll Cropper Bridge.@journalnews reports SONAR has picked up what may be a body in the river. @WCPO @theandyoverton is on scene. pic.twitter.com/kv1yWYKFD0

A spokesperson for the Middletown Police Department would not confirm or deny the prosecutor’s claims about a body being found, and evaded multiple follow-up questions asking for clarification.

“Search crews have sent robotics in the water today, as the water table levels have gone down,” the spokesperson said in response to questions about whether the prosecutor’s statements were accurate.