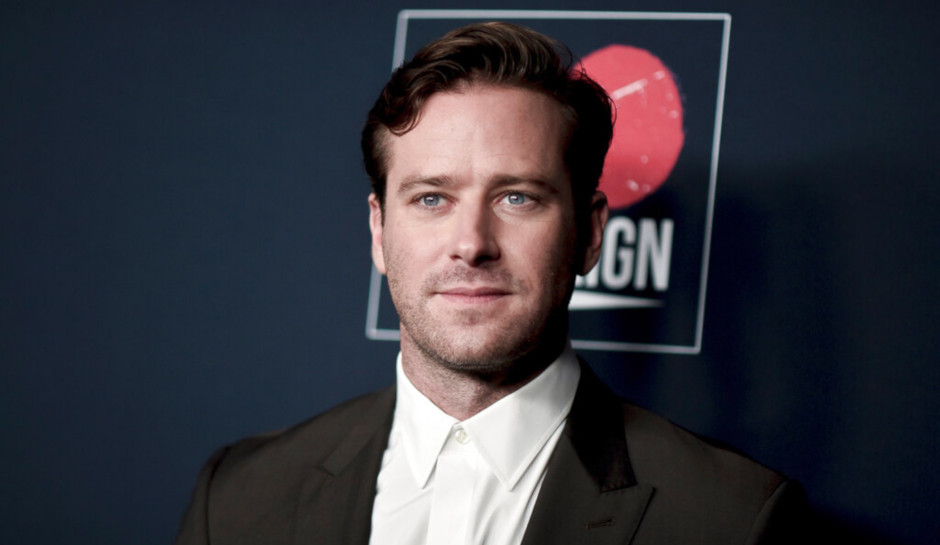 A 24-year-old woman claimed Thursday that actor Armie Hammer “violently raped” her over a period of four hours four years ago.

The woman, identified only as Effie, appeared at a news conference Thursday with attorney Gloria Allred.

After the news conference, the Los Angeles Police Department told Variety that Hammer, 34, is “the main suspect” in a sexual assault investigation launched on February 3.

Through his attorney, Hammer denied the allegations. Andrew Brettler of Lavely & Singer said that all of Hammer’s relationships, with Effie and all other women, were “completely consensual, discussed and agreed upon in advance, and mutually participatory.”

Effie, who reportedly lives in Europe and met Hammer over Instagram when she was 20, accused the actor of rape and other physical abuse, throughout their on-again, off-again relationship between 2016 and 2020, telling reporters on Thursday, “I thought that he was going to kill me.”

“On April 24, 2017, Armie Hammer violently raped me for over four hours in Los Angeles, during which he repeatedly slapped my head against a wall bruising my face,” Effie said. “He also committed other acts of violence against me to which I did not consent.”

Effie said that Hammer beat her feet “so they would hurt” every time she took a step, and wouldn’t let her get away.

“He then left with no concern for my well being. I was completely in shock,” Effie said.

🚨🚨🚨 I've confirmed with the LAPD that #ArmieHammer is being investigated.

"We can confirm that Armie Hammer is the main suspect in an alleged sexual assault investigation that was initiated Feb. 3 of this year," a LAPD spokesperson tells me. https://t.co/9kYIKNZO0X

Although Allred did not confirm it, Effie is believed to be the person behind the Instagram account, “House of Effie,” which started by posting screenshots of alleged direct messages from Hammer. As more women joined the chorus of accusations against the actor, he was dropped by his agent and fired from three projects.

Brettler sent along a screen shot of an alleged text correspondence between Effie and Hammer in which Hammer says, “I am not going to be able to engage in you in that specific way right now. It never ends well. We can talk and be friends, but I can’t do that.”

“It was never Mr. Hammer’s intention to embarrass or expose [Effie’s] fetishes or kinky sexual desires, but she has now escalated this matter to another level by hiring a civil lawyer to host a public press conference. With the truth on his side, Mr. Hammer welcomes the opportunity to set the record straight,” Brettler wrote. “From day one, Mr. Hammer has maintained that all of his interactions with [Effie] — and every other sexual partner of his for that matter — have been completely consensual, discussed and agreed upon in advance, and mutually participatory. [Effie’s] attention seeking and ill-advised legal bid will only make it more difficult for real victims of sexual violence to get the justice they deserve.”

Allred fired back, telling Variety, “I challenge Armie Hammer to present all, not some, of his communications with Effie to the Los Angeles Police Department and answer all of their questions directly rather than through his lawyers.”

Allred said that “many” of the encounters between Effie and Hammer were consensual, but a woman “still has a right at any point to withdraw her consent.”

“If she does withdraw her consent … he is legally and morally obligated to stop,” the attorney said. “If he does not stop, he is then at risk of committing a crime against her.”