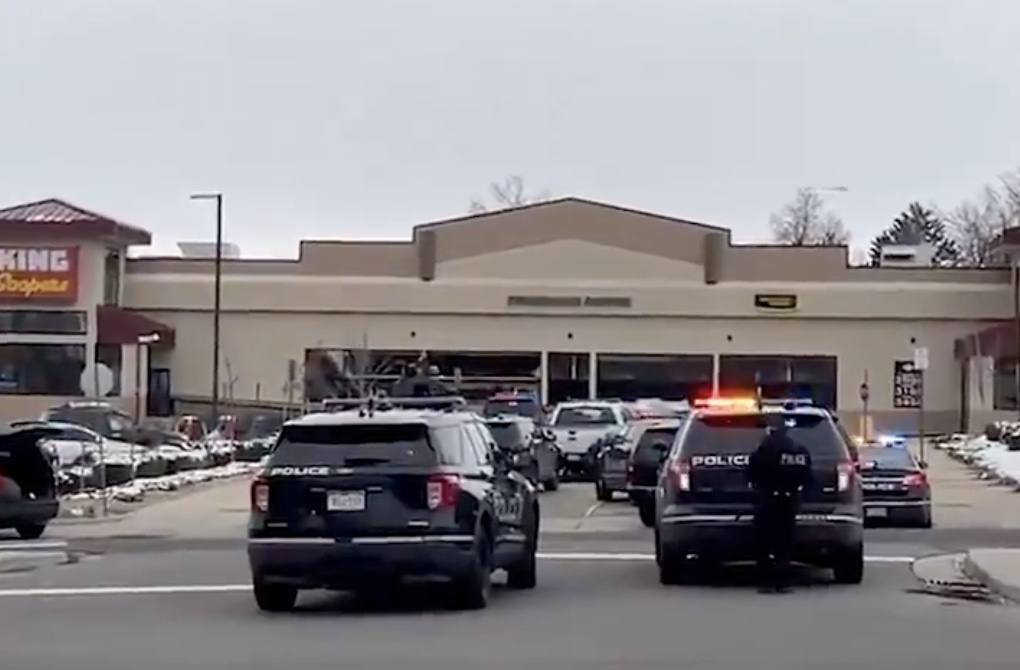 A Colorado grocery store was rattled by gunshots Monday afternoon as a gunman opened fire just before 3 p.m., first in the parking lot and then inside, killing at least 6 people.

Details were sketchy as the incident stretched on. Customers and employees of King Soopers on Table Mesa fled the store as best they could, most leaving through the delivery area in the back.

Police arrived quickly after the incident began, and the gunman reportedly opened fire on them and there were injuries, ABC7 reported.

ABC7 confirmed with multiple law enforcement sources that at least 6 people were killed. By late afternoon, police had cleared the grocery store and moved their focus to an apartment about a mile from the store where they were engaged with someone believed to be a suspect. Details have been rapidly changing: Boulder police told people in the area to shelter in place, but information later indicated that the location may not be related.

Video broadcast by local television stations showed a bearded man in handcuffs led away from the scene and loaded into an ambulance. He was wearing only shorts, but it was not clear if he was a suspect.

Andrew Hummel was in the store when the shooting started and told ABC7 that he heard multiple gunshots after an initial loud bang. His roommate works at King Soopers, Hummel said, and his texts were terrifying.

“One of the biggest like scary texts he sent, he just said ‘I love you guys. Thank you for everything in case things go bad.’ That was a really hard text, especially me being in this situation,” he said. “That was something I would never want to hear from any of my friends. Because I knew the seriousness of what was going on. It was horrifying. It was truly horrifying,”

Another witness told CBS Denver that he was in line at the pharmacy for a COVID-19 vaccine with his daughter, son-in-law, and grandchildren when the gunman “shot the woman in front of them.” He said they hid in closet for an hour before they were able to leave the store.

Still another witness told KDVR that after hearing what they first thought were fireworks, they spotted a man wearing tactical gear and wielding an AR-15-style weapon, as CrimeOnline previously reported. The witness reportedly ran into the King Soopers, alerted people about the possible shooter, and exited the store through a delivery door.

A YouTube user livestreamed from the scene for a time, showing at least one person down in the parking lot and another just inside the store. Most of the front windows of the store were broken.