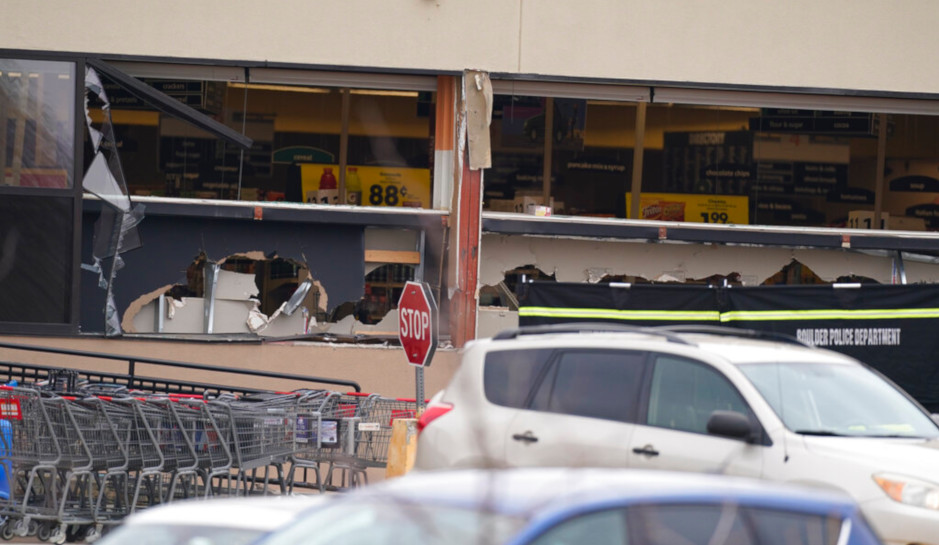 UPDATE: 10 dead in Colorado grocery store shooting; first police officer on scene one of the dead

A gunman opened fire Monday afternoon at a Colorado supermarket, killing 10 people, one of them a police officer, and sending customers and employees fleeing the bullets that cut down friends and family members.

Officer Eric Talley, 51, was the first officer to respond to reports of shots fired at a King Soopers in the Table Mesa area of Boulder. Police Chief Maris Herold said at a news conference his actions upon responding to the scene were “heroic.”

“He was the first to the scene, and he was fatally shot,” Herold said through tears, noting that he had been with the department since 2010.

“Obviously this a very complex investigation that will take no less than five days to complete,” Herold said, promising, “We will be here working night and day.”

Herold said investigators were working to identify the victims of the horrific shooting and would provide that information once that work was completed and families had been notified.

Multiple people were killed — including one police officer — when a gunman opened fire at a Colorado grocery store Monday afternoon, as customers and employees fled into closets and out delivery entrances to escape the carnage.

“There is no ongoing public threat,” Yamaguchi said. “We do have a person of interest in custody. That person was injured during the incident and is being treated for the injuries.”

Yamaguchi would not confirm if the suspect was the bearded man seen in video from local television stations being escorted from the Boulder King Soopers in handcuffs, wearing nothing but boxer shorts. The man appeared to have blood running down one leg, and he was loaded into an ambulance and driven to a hospital.

The commander said the suspect was the only “significant injury” police were aware of. “I don’t know how many people are at the hospital,” he said. “I know for sure there is one.”

The incident began shortly before 3 p.m. when witnesses reported a gunman began firing in the parking lot, although Yamaguchi said he could not confirm the timeline of events. Officers arrived on the scene “within minutes,” he said.

ABC7 reported that the first officers to arrive were fired on, apparently by the shooter. A YouTube user livestreamed from the scene for a time, showing people down in the parking lot and just inside the store.

Multiple law enforcement sources told ABC7 before the early evening new conference that at least 6 people were killed. Boulder County District Attorney said that the number of dead “is known to police investigators, but victims’ families are still being notified.”

“Even with the facts of which we’re certain, those conversations are going to be happening with the families first,” he said.

Multiple federal, state, and local agencies responded to the scene to assist. After the grocery store was cleared, law enforcement moved its focus to an apartment building about a mile from the store, but Yamaguchi said it turned out that was unrelated to the shooting.

Witnesses told terrifying stories of their experiences. James Graham told ABC7 he was in the self-checkout line when he heard shots.

But, Graham said, that training did not prepare him for what happened. “No. No. This happened so fast, and it was so loud that … no. Yeah, it was … I’m still in shock over it,” he said, as tears welled up in his eyes.

The shots were so close he could smell the gunpowder.

As CrimeOnline previously reported, Andrew Hummel was in the store when the shooting started and told ABC7 that he heard multiple gunshots after an initial loud bang. His roommate works at King Soopers, Hummel said, and his texts were terrifying.

“One of the biggest like scary texts he sent, he just said ‘I love you guys. Thank you for everything in case things go bad.’ That was a really hard text, especially me being in this situation,” he said. “That was something I would never want to hear from any of my friends. Because I knew the seriousness of what was going on. It was horrifying. It was truly horrifying,”

Another witness told CBS Denver that he was in line at the pharmacy for a COVID-19 vaccine with his daughter, son-in-law, and grandchildren when the gunman “shot the woman in front of them.” He said they hid in a closet for an hour before they were able to leave the store.

Still another witness told KDVR that after hearing what they first thought were fireworks, they spotted a man wearing tactical gear and wielding an AR-15-style weapon, as CrimeOnline previously reported. The witness reportedly ran into the King Soopers, alerted people about the possible shooter, and exited the store through a delivery door.