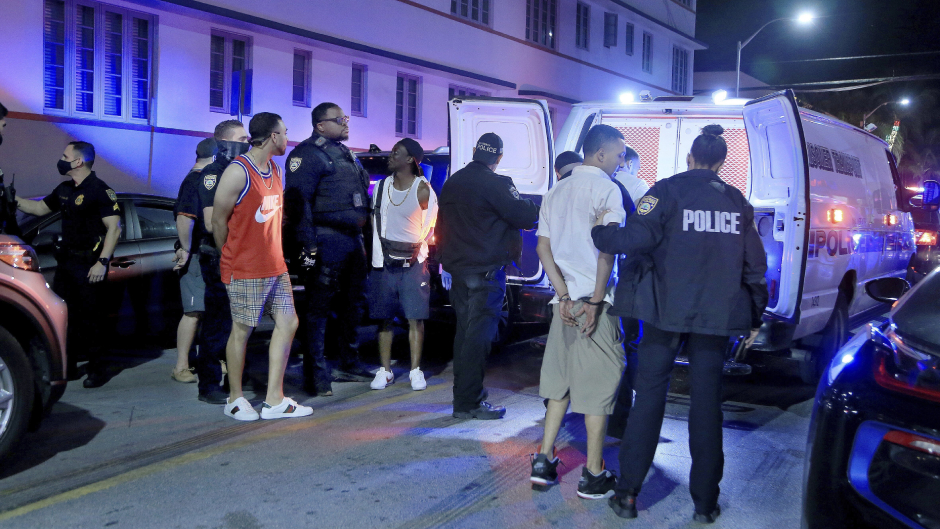 Florida officials on Sunday enacted a state of emergency after spring breakers gathered in large crowds that resulted in arrests and injures.

The Miami Beach City Commission unanimously voted to implement an 8 p.m. curfew in South Beach’s entertainment district and a 10 p.m. closing of three main causeways. The Miami Herald reported that residents, business employees, and hotel guests do not have to abide by the causeway shutdowns on the MacArthur and Tuttle.

The Miami New Times reported that the groups of vacationers have gathered to fight and a few have recorded themselves dining and dashing. Police said at least five officers have been hurt while dealing with erratic crowds.

The City of Miami Beach Updates State of Emergency Relating to the High Impact Period.

Police have reportedly deployed tear gas and pepper spray on spring breakers who did not leave the strip and abide by the new curfew. Drivers who found themselves on the shutdown causeways were stuck there for up to four hours, according to the New Times.

Local officials have also expressed concerns about large gatherings increasing the spread of COVID-19. Data from The New York Times indicated that Florida has had more than 2 million cases — with Miami-Dade accounting for roughly a fifth of all cases.