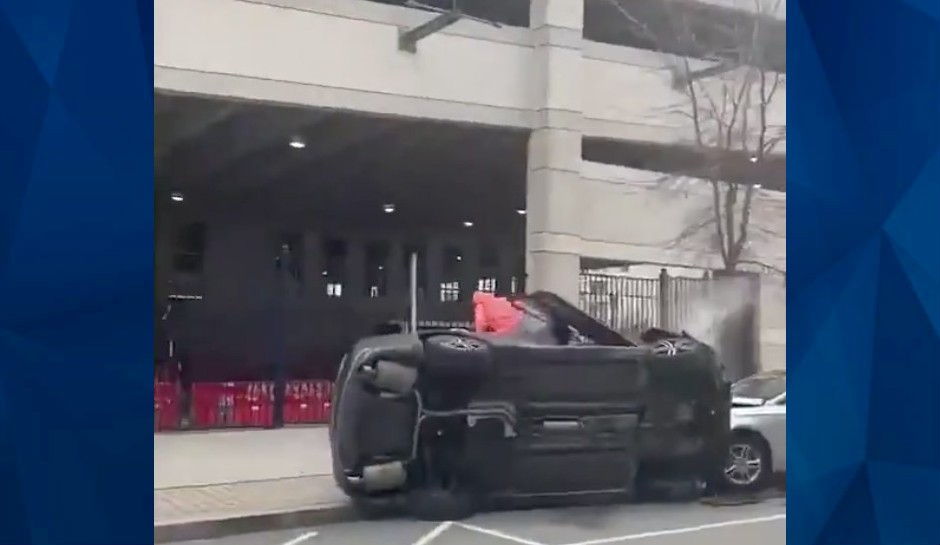 Disturbing new video has surfaced of a chaotic carjacking earlier this week in Washington, D.C., in which two teen girls attempted to steal a man’s vehicle and ended up killing him, Law & Crime reports.

The 1:27 video, posted on Twitter, shows the driver, 66-year-old Mohammad Anwar, trying to wrestle one of the teens from behind the wheel. The other teen, dressed in pink, can be seen in the passenger seat.

CrimeOnline has chosen not to publish the video due to its disturbing content.

“They’re thieves!” Anwar is heard shouting in the recording. “This is my car!”

Moments later, as someone is revving the engine, the Honda speeds away, even though the driver’s door is open and Anwar is only partly in the vehicle.

The vehicle then strikes a metal barricade and light pole, causing the driver’s door to hit Anwar.

The car continues to speed away and turns a corner before a terrifying loud crash can be heard, followed by screams. Witnesses, including the person recording the incident, rush to see what happened.

The video then shows the vehicle rolled on its side and the girls, ages 15 and 13, jumping out of it with assistance from National Guard troops, who happened to be in the vicinity. Anwar’s body can be seen face down on the sidewalk with debris scattered around. One of the teen suspects repeats that her phone is still in the car, and does not appear to show any concern for the victim.

Medics rushed Anwar to a local hospital, where he was pronounced dead, according to WRC-TV.

The origins of the incident are still coming into focus. Anwar, an UberEats driver, was making a delivery on Monday around the time he encountered the girls, according toThe Washington Post. Exactly how they crossed paths is unclear, but the Post reports that the girls, who were carrying a stun-gun, had made their way into Anwar’s car at the Navy Yard Metro station around 4:30 p.m. and that he drove them to an area near Nationals Park.

That’s where things took a turn.

Detective Chad Leo reportedly testified in court that a struggle arose in which the 13-year-old claimed that Anwar had her cellphone, while the 15-year-old was in the driver’s seat. Anwar then partly forced his way back into the car, but the 13-year-old was able to turn on the ignition and shift the car into gear, the newspaper reports.

The vehicle then sped off, which is captured on video. Authorities have not disclosed a motive for the attack, but the girls had planned to steal a car, WUSA-TV reports. Prosecutors have charged the girls with felony murder and armed carjacking. They are being held in police custody until their next court hearing, which is scheduled for March 31.

Anwar, of Springfield, Virginia, immigrated to the United States from Pakistan in 2014, CNN reports. He was the father of three children and had four grandchildren. A GoFundMe page has been created to help cover funeral expenses and to support his family.

“Mohammad Anwar was a hard-working Pakistani immigrant who came to the United States to create a better life for him and his family,” the GoFundMe page reads. “He was simply at work yesterday evening, providing for his family, when his life was tragically taken in an appalling act of violence. The details are still being investigated, however we know that Anwar was working on an UberEats delivery when two assailants attempted to carjack him in Navy Yard.”