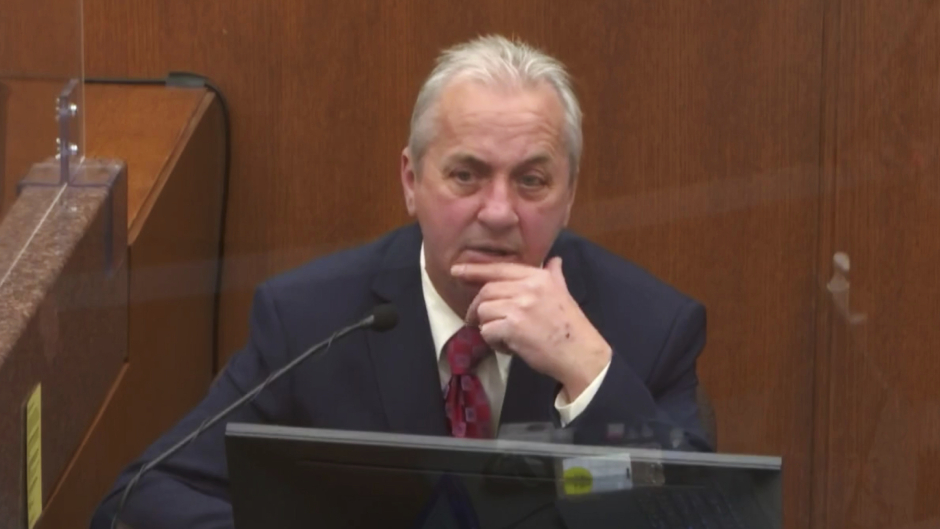 Police lieutenant: Derek Chauvin kneeling on George Floyd’s neck was ‘totally unnecessary,’ cops had ‘no reason’ to fear for safety

A Minnesota police lieutenant took the stand at Derek Chauvin’s murder trial on Friday and said the ex-officer used unnecessary deadly force when he kneeled on George Floyd’s neck while he was handcuffed and lying in the prone position.

Richard Zimmerman, lieutenant of the Minneapolis Police Department’s homicide unit, testified that Chauvin’s actions last May were “totally unnecessary” and “totally uncalled for.” Zimmerman said any risk Floyd would have posed to officers substantially decreased once they cuffed him.

“Your muscles are pulling back [due to the handcuffs] … and if you’re laying on your chest, that’s constricting your breathing even more,” Zimmerman explained.

WATCH: #DerekChauvinTrial witness MPD Lt. Richard Zimmerman describes his training on the dangers of the prone position. “Once a person is cuffed, you need to turn them on their side or have them sit up.” pic.twitter.com/O31fgQmnCL

The lieutenant said police officers are responsible for any person they place under arrest, and they should have rendered aid to Floyd even if they were waiting for the ambulance to arrive. Zimmerman said he has been with the department for 36 years and that he was never trained to put his knee on a suspect’s neck.

Zimmerman also testified that there was no indication responding police officers faced an ongoing threat  — disputing the defense’s central argument that unruly bystanders prevented police officers from tending to Floyd.

“I saw no reason why the officers felt they were in danger, if that’s what they felt,” Zimmerman testified.

Zimmerman agreed with lead defense attorney Eric Nelson’s assertion that officers may have to improvise when subduing a suspect in life-or-death situations. However, the veteran police officer said he did not believe Floyd’s case was one of those instances.

He said, “Putting your knee on the neck for that amount of time is just uncalled for.”
pic.twitter.com/Ntp1FQzG08

The Hennepin County’s autopsy report stated that there was no evidence “to support a diagnosis of traumatic asphyxia or strangulation” in Floyd’s death. However, an independent autopsy asserted that sustained forceful pressure on Floyd’s neck and back led to his death. Both reports mentioned drugs in Floyd’s system but concluded his death was a homicide.

Jurors essentially will decide whether Chauvin is culpable for Floyd’s death. The defense has argued that a “speedball” — an opioid and a stimulant combination —  along with hypertension led to Floyd dying of cardiac arrhythmia. However, the prosecution said video evidence disproves Floyd was dying from a drug overdose, and that Chauvin’s knee on Floyd’s neck for several minutes killed him.