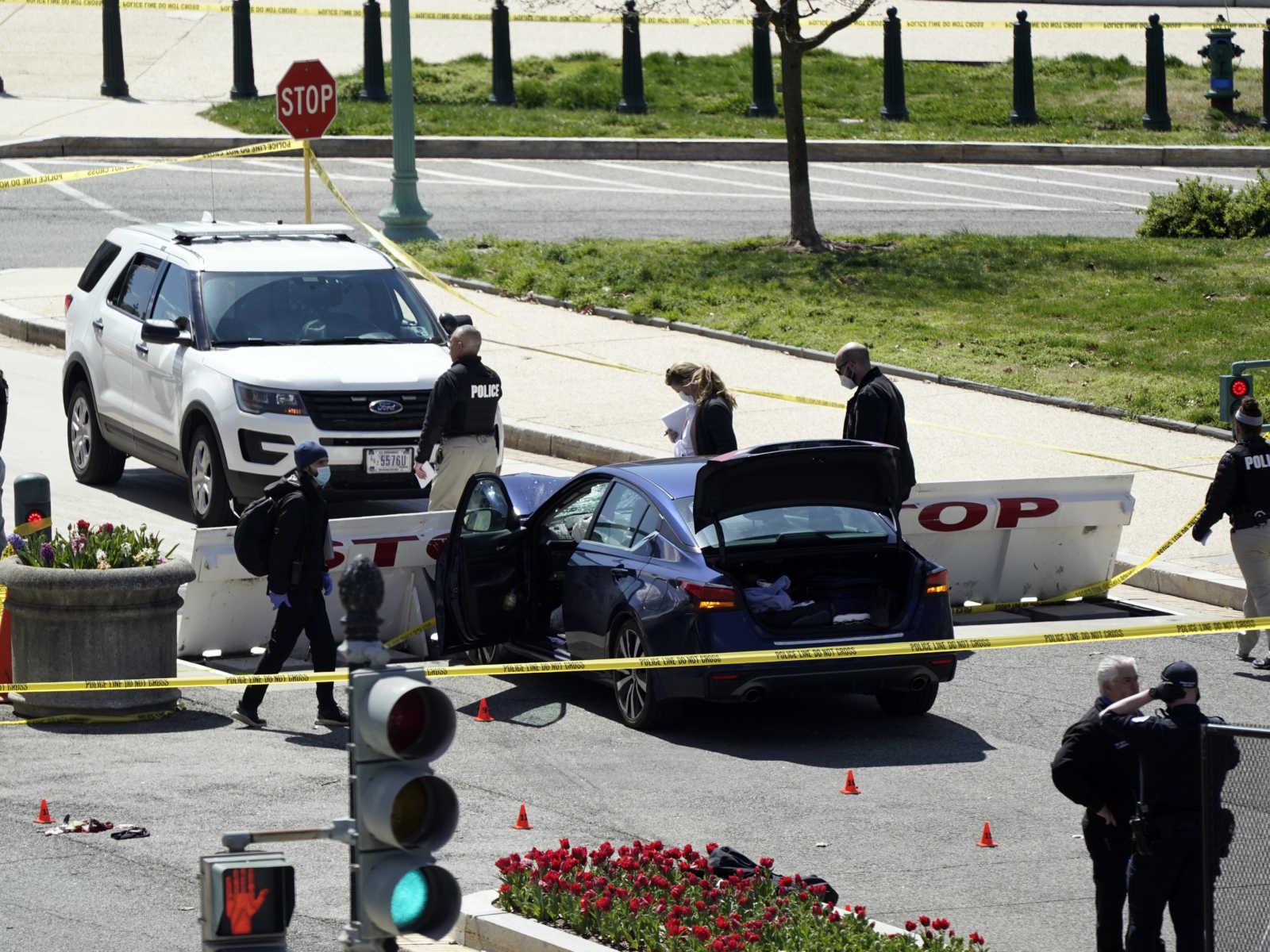 One of the police officers who was injured in a security breach on Capitol Hill in Washington, D.C. has died.

As CNN reports, acting Capitol Police Chief Yogananda Pittman told reporters that a Capitol Police officer died on Friday after a suspect tried to ram his vehicle into a police barricade outside the U.S. Capitol building. The suspect, who allegedly brandished a knife and was shot by police, has also died.

BREAKING: a #Capitol Police officer has died from injuries sustained in the attack.

Authorities have not yet identified the suspect or the fallen officer.

A second police officer who was injured in the attack remains hospitalized.

CrimeOnline will continue to provide updates.

Feature image: U.S. Capitol Police officers investigate near a car that crashed into a barrier on Capitol Hill near the Senate side of the U.S. Capitol in Washington, Friday, April 2, 2021. (AP Photo/J. Scott Applewhite)