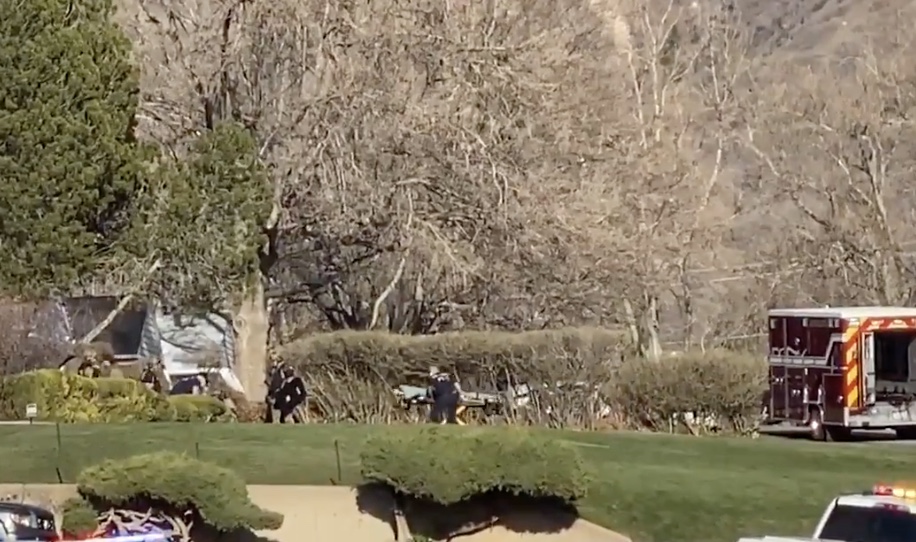 A Utah man shot and killed his ex-girlfriend in a grocery store parking lot on Saturday, then held police in a standoff for several hours before he shot and critically wounded himself.

Ogden police have not released the identities of either the victim or the killer, pending family notifications.

Police said they were called to the scene at about 1:15 p.m. and found the 41-year-old woman dead in the parking lot. The suspect fled the scene in a vehicle but was “quickly identified and located” in the front yard of a home just a few miles away, where he held police at bay, armed with a semi-automatic handgun.

After hours of negotiation with police, the suspect shot himself. He was rushed to a nearby hospital in critical condition.

Ogden police said they were still investigating to determine what led to the shooting and have apparently not filed any charges.

A man on the scene who said he was the victim’s current boyfriend showed KSL-TV a message — allegedly from the suspect — that said, “You took her from me, now I’m taking her from you.”

Ogden Fire Department Deputy Chief Shelby Willis said the victim was shot once in the head.

Detectives towed away this black Toyota SUV. Neighbors tell me the man/suspect drove it into the neighborhood then jumped out & ran up the street as police followed him. Latest update tonight at 9 on @KSL5TV. pic.twitter.com/kpHYy69bMm

A witness to the end of the situation told KSL she thought the suspect was trying to get away.

“He’s smoking cigarettes and is pretty much holding a gun to his head the whole time,” Johnson said.