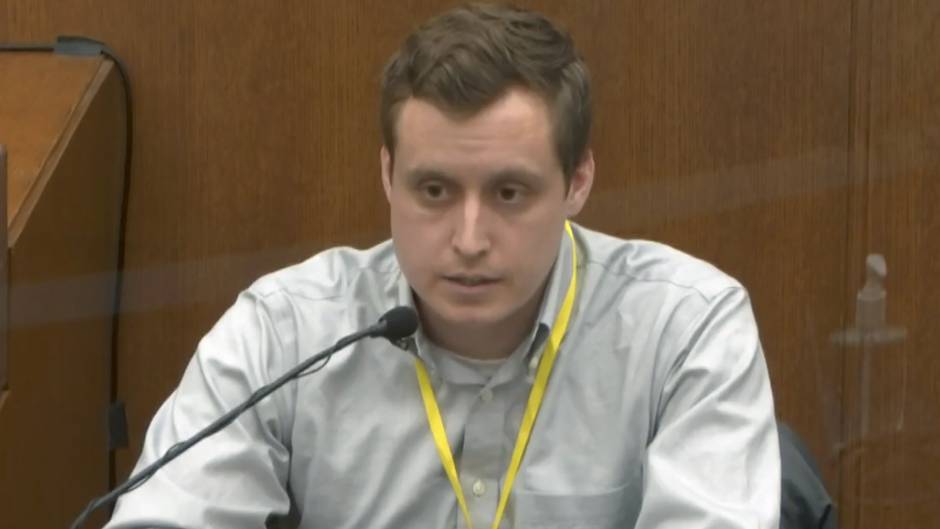 Hennepin County Medical Center Dr. Bradford Langenfeld told prosecutors that no reports mentioned Floyd presenting symptoms of a heart attack, including chest pain. The doctor also said there was no indication Floyd was experiencing an overdose, and he had not received any reports about “extremely agitated” behavior.

According to the doctor, Floyd’s chance of survival dropped 10 to 15 percent every minute he did not receive CPR while in cardiac arrest. This aspect of his testimony would seem to have implications for Minneapolis police officers’ failure to deploy life-saving measures while they waited for paramedics to arrive at the scene.

WATCH: Dr. Bradford Langenfeld testifies in the #DerekChauvinTrial, says he believes George Floyd’s cardiac arrest was likely caused by oxygen deficiency, or oxygen asphyxia. “At the time, based on the information I had, it was one more likely than the other possibilities.” pic.twitter.com/TRdUZXQmK3

“If he were found dead at home alone and no other apparent causes, this could be acceptable to call an O.D. [overdose],” the medical examiner wrote in a note to prosecutors, according to KARE.

“Deaths have been certified with levels of 3 [nanograms per milliliter]. But I am not saying this [fentanyl] killed him.”

Langenfeld said paramedics who transported Floyd to the hospital never mentioned the possibility of an overdose. During cross-examination, the doctor explained that even if Floyd had overdosed, naloxone, known commonly as Narcan, would provide no remedy as Floyd’s heart had already stopped.

Langenfeld, who received his physician and surgeon license 18 days before treating Floyd, said he rejected the possibility that excited delirium killed Floyd. The doctor testified that there was no evidence Floyd exhibited symptoms common with excited delirium, such as sweating or agitation.

A 2011 study in the West Journal of Emergency Medicine described excited delirium as a syndrome “characterized by agitation, aggression, acute distress, and sudden death, often in the pre-hospital care setting.” It is typically associated with drug use that affects dopamine reception and hyperthermia.

While law enforcement has used excited delirium to explain deaths that occur during an arrest, the Emergency Medicine Residents’ Association says there is no “universally recognized definition” of the term, which has a “wide differential diagnosis.” However, the organization says law enforcement’s use of restraints has an “exceedingly high rate” of death or injury among people experiencing the syndrome.

Dr. Bradford Langenfeld is the doctor who pronounced George Floyd dead. He said no one mentioned any possibility of #GeorgeFloyd suffering a drug overdose or heart attack. He also got no information that anyone had done any CPR on Mr. Floyd.#DerekChauvinTrial pic.twitter.com/dPxegce2fm

On May 25, Minneapolis police officers were filmed arresting Floyd, 44, on suspicion that he used a counterfeit bill at the Cup Foods supermarket. After police pulled Floyd out of his car and handcuffed him, Derek Chauvin was filmed forcing his knee into Floyd’s neck for more than eight minutes.

The defense has argued that a “speedball”—an opioid and a stimulant combination— along with hypertension led to Floyd dying of cardiac arrhythmia. However, the prosecution said video evidence and expert testimony disproves Floyd was dying from a drug overdose, and that Chauvin’s knee on Floyd’s neck for several minutes killed him.