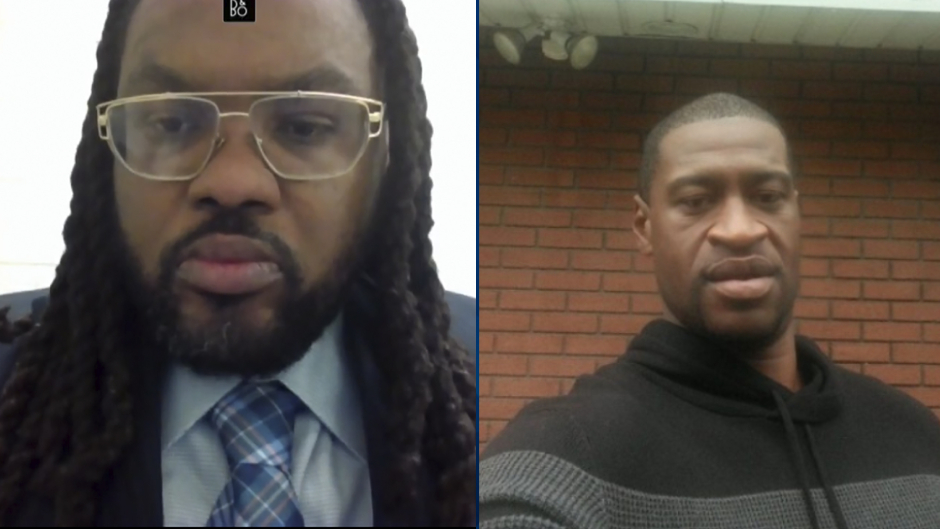 DEVELOPING: Friend with George Floyd during deadly arrest may plead the Fifth to avoid testifying

A Minnesota judge is in the process of deciding whether the friend who was with George Floyd the day of his deadly arrest will be compelled to testify in Derek Chauvin’s murder trial.

Morries Hall reportedly said on Tuesday that he will invoke his Fifth Amendment right against self-incrimination if he is expected to take the stand. The Star Tribune reported that Hennepin County Judge Peter Cahill will likely rule on the matter later this week.

Floyd’s girlfriend Courteney Ross testified last week that Hall had given Floyd illicit drugs the month of his death. Both the prosecution and defense subpoenaed Hall, but his attorney said his testimony could result in him facing criminal charges — including third-degree murder.

#BREAKING: Morries Hall's attorney says his testimony could expose him to 3rd-degree murder charges and more.

What do YOU think of Hall's argument to plead the 5th amendment?

Hall was reportedly inside the SUV with Floyd when Minneapolis police responded to the 911 call alleging Floyd had used a counterfeit $20 bill at Cup Foods. NPR reported that Hall was accused of attempting to use the fake bill before Floyd.

Cahill noted that many of the questions Nelson wanted to ask Hill would be incriminating. However, Nelson said Hall would not be incriminating himself by testifying about Floyd allegedly falling asleep behind the wheel — which Nelson believes was due to fentanyl use.

Hall appeared in court via Zoom, as he is currently jailed in Hennepin County on unrelated charges. Court records indicate that Hall was arrested in late March on charges of domestic abuse, violating a no-contact order, and domestic assault by strangulation. Hall is also facing felony charges in Redwood County, though the nature of those charges is unclear.

Hennepin County’s official autopsy report, obtained by KARE 11, stated that Floyd’s blood had a fentanyl concentration of 11 nanograms per milliliter. While the medical examiner described the concentration as high and potentially fatal, they stressed that it does not mean Floyd died of an overdose. The report also stated that there was no evidence “to support a diagnosis of traumatic asphyxia or strangulation” in Floyd’s death.

However, an independent autopsy asserted that sustained forceful pressure on Floyd’s neck and back led to his death.