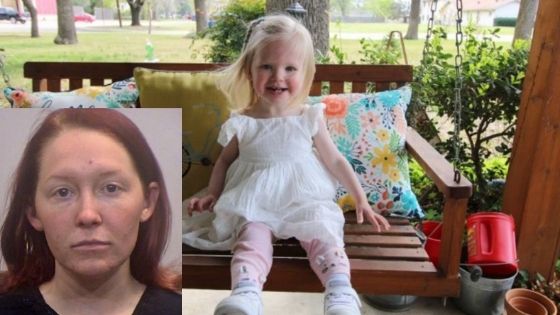 ‘I would do anything to protect them, including eliminating them’: Mother kills 2 children to stop then from being abused, she says [UPDATE]

A Texas mom who reportedly confessed to killing her two children apparently said she was trying to protect them from abuse, according to an arrest affidavit.

As CrimeOnline previously reported, 30-year-old Madison McDonald went to the Irving Police Department on Monday night and called 911 from the lobby. McDonald told the dispatcher that she killed her 1-year-old and 6-year-old daughter.

According to Fox 4, the victims have been identified as Archer Hammond and her younger half-sister, Lillian Mae McDonald.

Officers arrived at McDonald’s apartment in the 700 block of Cowboys Parkway in Irving and forced the door open. They found both children deceased inside the residence.

When officers arrived at the lobby and questioned McDonald, she began “talking about her how her kids were abused and that she would do anything to protect her children – including ‘eliminating them,'” according to an arrest report.

The suspect reportedly told authorities that she sedated, then smothered both children to death. The Medical Examiner’s Office hasn’t confirmed the official cause of death for either victim.

“The exact determination of how they died will have to be determined by the Medical Examiner’s Office but that is what she believed is how she killed the two daughters,” Irving Police Officer Robert Reeves said, according to Fox 4.

Reeves added that McDonald had a calm demeanor as she explained that her children were being abused. Police have not confirmed the validity of her statement, although Children’s Protective Services had a “history with the family.”

“There’s not going to be a definition or reason that would ever justify the murder of two small children,” Reeves said.

Reeves said that McDonald lived alone with her two children at the Anthem Apartments. It’s unclear how long the children were dead before authorities found them.

McDonald remains behind bars without bail. She’s been charged with two counts of capital murder of a person under 10 years of age.

Meanwhile, a GoFundMe campaign has been set up to help Lillian McDonald’s father with funeral and burial expenses.

If you are friends with Chris you know that his daughters are the light of his life. Lilian was his youngest daughter and she just adored her daddy,” the GoFundMe page stated. “When Chris walked into the room you could see the light and love he had for Lilian.”

Anyone with information about the case should contact the Irving Police Department at (972) 273-1010.