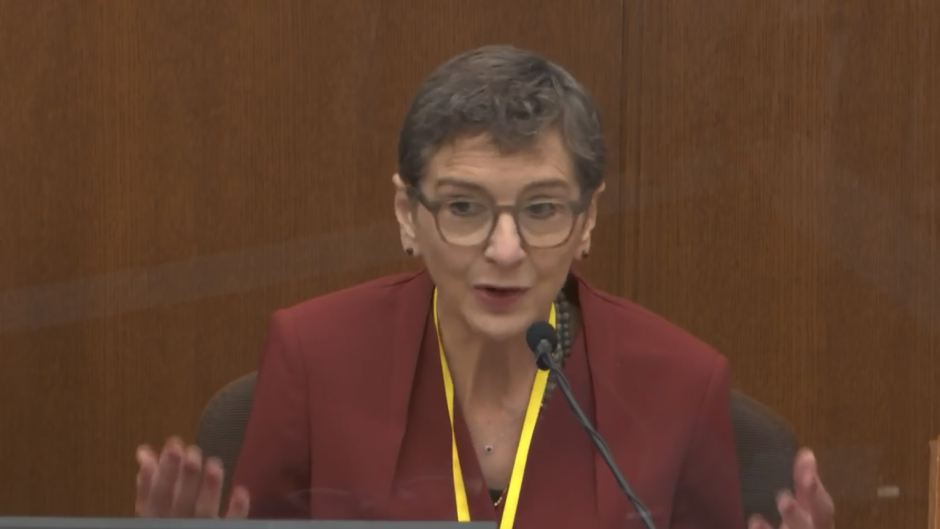 A forensic pathologist testified on Friday that police officers’ use of restraint caused the oxygen deprivation that killed George Floyd — not his drug use or an underlying heart condition.

Dr. Lindsey C. Thomas, who has performed more than 5,000 autopsies, told the court that she agreed with Hennepin County medical examiner Dr. Andrew Baker’s finding that Floyd died from “cardiopulmonary arrest complicating law enforcement’s subdual restraint and neck compression.” Thomas said the determination meant Floyd’s heart stopped because police forced him into a position that made him unable to get oxygen to his major organs.

“There’s no evidence to suggest he would have died that night, except for the interactions with law enforcement,” she testified.

DR. LINDSEY THOMAS ON THE STAND: Veteran forensic pathologist testified, "there was nothing sudden" about #GeorgeFloyd death. And it was not a fentanyl death, "it was not peaceful, sleepy…" She concludes law enforcement actions led to Floyd's death. #DerekChauvinTrial @FOX9 pic.twitter.com/VbeAAKt7Td

"The activities of the law enforcement officers resulted in Mr. Floyd's death," forensic pathologist Dr. Lindsey Thomas testifies in Derek Chauvin trial. "Specifically those activities were the subdual, the restraint and the neck compression." pic.twitter.com/uLt0L1OqCe