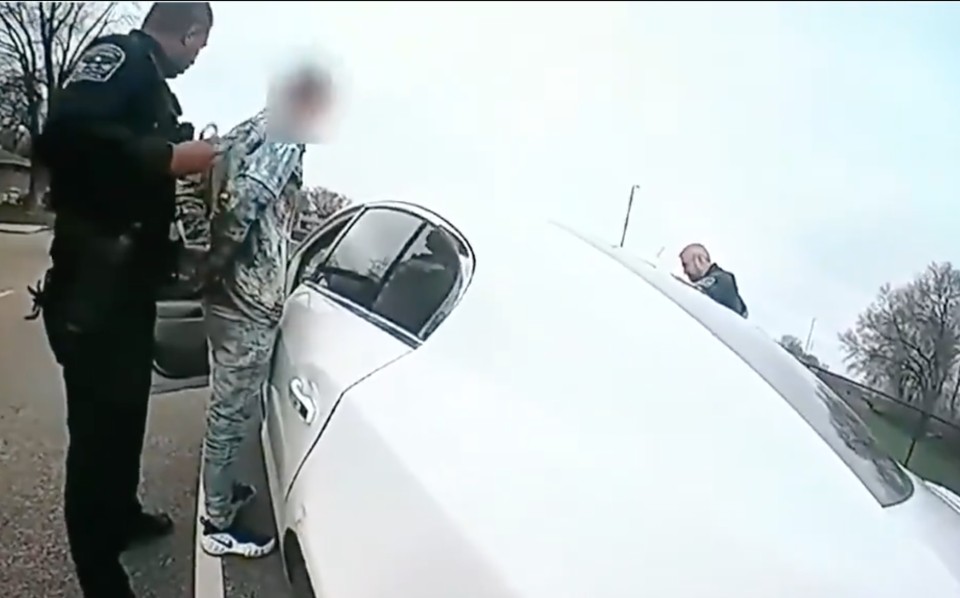 Officials in Minnesota held a press conference Monday to share updates in the police killing of a 20-year-old man during a traffic stop in Brooklyn Center.

As previously reported, Daunte Wright was fatally shot on Sunday after police were attempting to detain him, but he climbed back into his vehicle. Brooklyn Center Police Chief Tim Gannon said at the news conference Monday that officers initially pulled Wright over because of an expired registration. During the traffic stop, the officers reportedly learned that Wright had a gross misdemeanor warrant, and attempted to take him into custody.

When Wright apparently resisted, and got back into the vehicle, an officer shot him. The car traveled briefly after Wright was shot and eventually collided with another vehicle. Wright was pronounced dead, and it does not appear that anyone else involved in the collision was seriously injured.

At the press conference, Gannon shared police body cam footage of Wright’s arrest. The footage shows an officer handcuffing Wright outside of the vehicle. After another officer approaches and appears to touch him, Wright gets back into the car. An officer is heard repeatedly saying “Taser, taser” before Wright is shot.

Gannon said that he believes the officer who shot Wright meant to use her taser but accidentally discharged a firearm.

WARNING: Footage captured from the scene of Wright’s arrest and fatal shooting is graphic and disturbing:

After Wright is shot and the car drives off, an officer can be heard saying “Sh*! I shot him” in the body cam footage.

The officer who fatally shot Wright has not been identified, and has been placed on administrative leave.