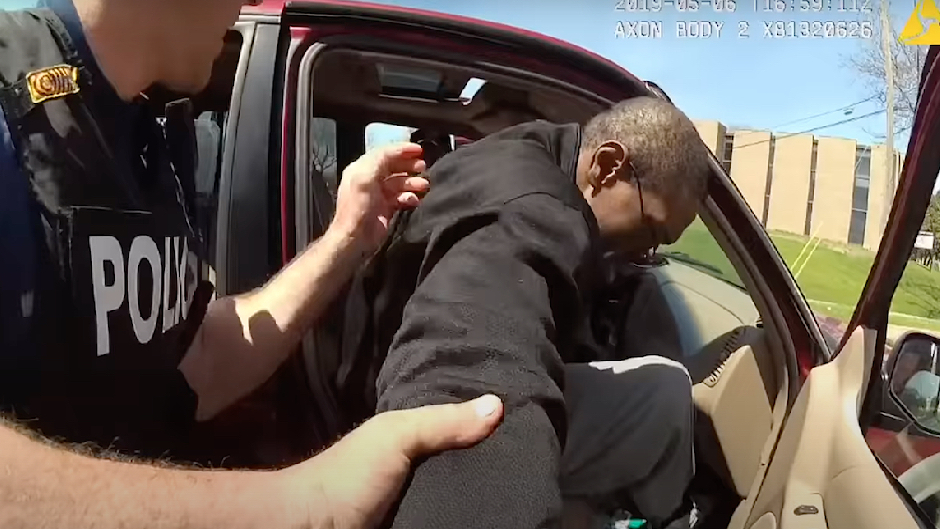 On Tuesday, attorneys for Derek Chauvin presented body-camera footage showing George Floyd’s arrest from May 2019, which occurred roughly a year before the arrest that ended with his death.

The video, which WCCO first released to the public in October, shows Minneapolis police’s interaction with Floyd during a traffic stop. The footage came from retired Minneapolis police officer Scott Creighton’s body camera; the ex-officer was the defense’s first witness to testify on Tuesday.

Floyd, who was a passenger, allegedly swallowed several pills during the traffic stop. Paramedic Michelle Moseng testified he was hospitalized for two hours after the incident.

WATCH: Chauvin defense plays body cam footage of George Floyd being arrested in May 2019 by Minneapolis Police Officer Scott Creighton, who is now retired. It's labeled as evidence of the effects opioids may have had on Floyd during the arrest, not evidence of Floyd's character pic.twitter.com/9rK0smorKR

Last month, lead defense attorney Eric Nelson claimed Floyd’s May 2019 arrest had “remarkable similarities” to the May 2020 arrest that resulted in his death.

During the May 2019 incident, officers reportedly discovered several opioid pills and cocaine in Floyd’s possession. Paramedics at the time reportedly warned Floyd that his blood pressure was alarmingly high and took him to the hospital as he was at risk for a heart attack or stroke.

Nelson said he wanted to present evidence that he believes supports the theory that the white residue seen around Floyd’s arrest during his May 2020 arrest was the result of Floyd swallowing at least one opioid pill.

Nelson noted that in both instances — as police drew their weapons — Floyd called out for his mother, claimed to have been shot, and put what resembled pills into his mouth.

The defense asserted that Floyd had a “pattern” of ingesting drugs as he knew it would result in him going to the hospital instead of jail. They also claimed he had a penchant for acting out during arrests.

Hennepin County District Judge Peter Cahill has allowed a portion of Floyd’s 2019 arrest to be presented at trial. He barred speculation regarding Floyd’s emotional state, but the defense may discuss his medical condition. Jurors are also allowed to see Floyd’s blood pressure readings at the scene, comments he made to paramedics which pertain to his medical diagnosis, and a suspected illicit pill recovered from his car.

The defense has argued that a “speedball” — an opioid and a stimulant combination — along with hypertension led to Floyd dying of cardiac arrhythmia. However, the prosecution said video evidence and expert testimony disproves Floyd was dying from a drug overdose, and that Chauvin’s knee on Floyd’s neck for several minutes killed him.