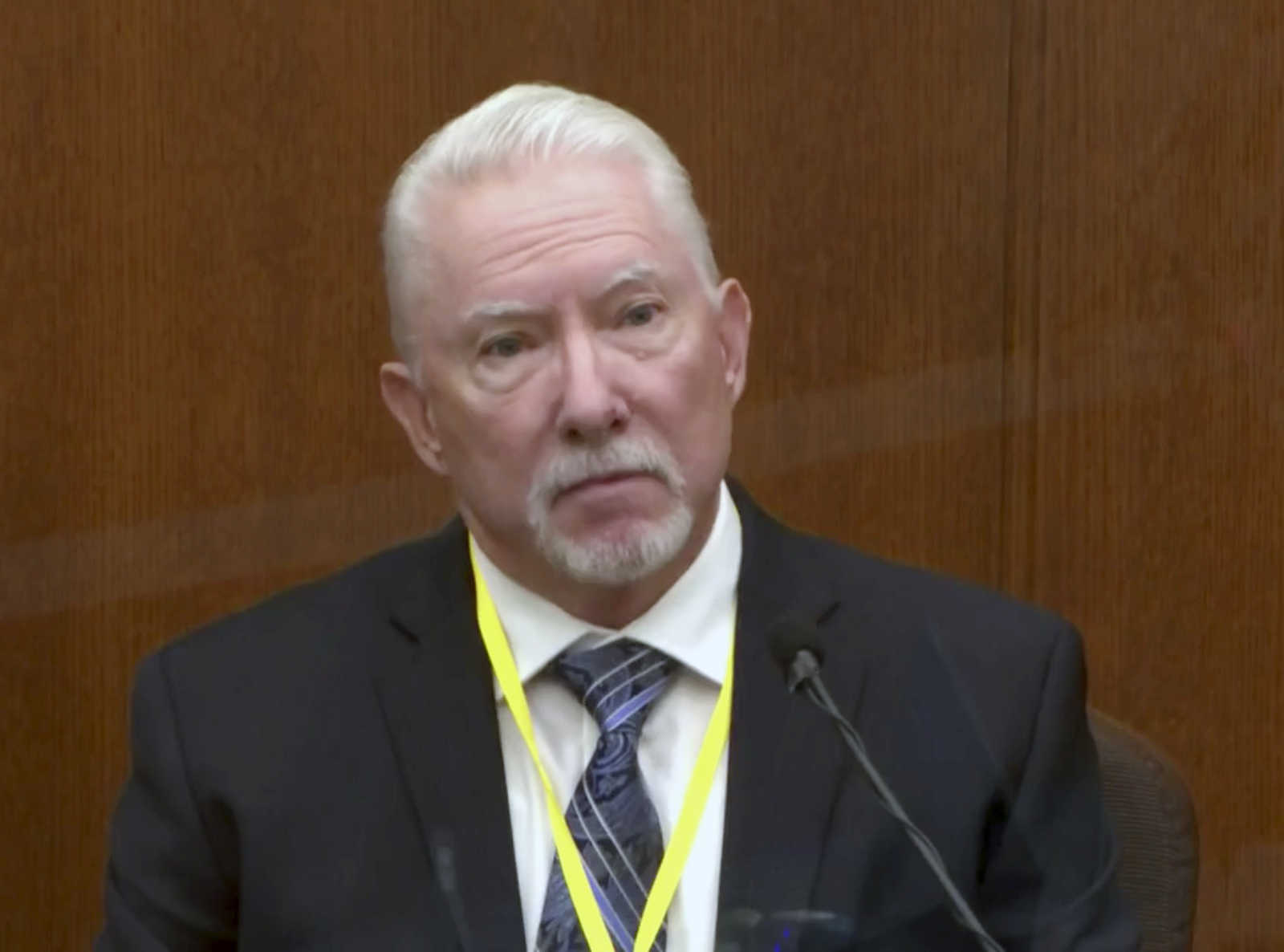 A use of force expert called by the defense on Tuesday testified that Derek Chauvin was justified in pinning George Floyd to the ground during last year’s arrest that ended in Floyd’s death.

During cross-examination, Barry Brodd agreed that Derek Chauvin did not decrease his use of force even as Floyd became “more compliant,” but he took issue with how Floyd was lying on the pavement as Chauvin knelt on him.

“His arm position… a compliant person would have both hands in the small of their back and just be resting comfortably,” Brodd said.

Prosecutor Steve Schleicher, who appeared taken aback by the testimony, asked Brodd if he was suggesting that Floyd’s attempts to breathe were an example of non-compliance — to which Brodd said no.

STATE CROSS: "Did you say resting comfortably?! … So attempting to breathe while being restrained is being non-compliant?"

The State has a BIG moment taking issue with the defense use of force expert’s word choice.