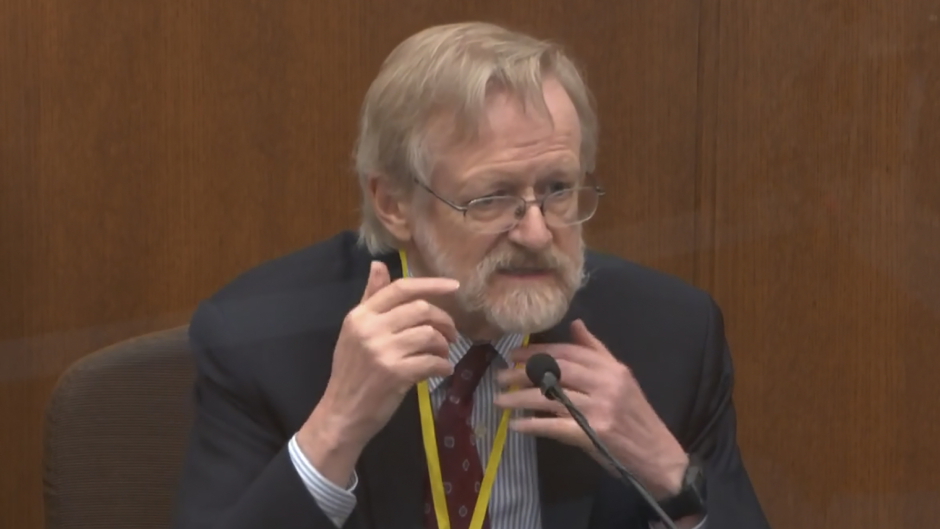 An expert witness for the prosecution was called back to the stand on Thursday amid a dispute about testimony regarding carbon monoxide in George Floyd’s blood and what role it may have played in his death.

While the defense rested their case on Thursday, the prosecution requested to rebut Dr. David Fowler’s testimony about fumes from the police cruiser’s exhaust contributing to Floyd’s death. They claimed Hennepin County medical examiner Dr. Andrew Baker contacted them after Fowler’s testimony about test results that showed Floyd had normal levels of carbon monoxide.

The state said they planned to have pulmonologist Dr. Martin Tobin testify regarding Fowler’s testimony and Baker’s findings. The defense took issue with this move, noting that the state had ample time to submit the medical examiner’s report. Hennepin County judge Peter Cahill agreed.

The judge said Fowler mentioned in his formal report to the court that Floyd’s blood should be tested for carbon monoxide and the medical examiner’s office waited too long to submit the results.

The judge allowed Tobin to testify again but he established strict parameters as to what he could disclose.

“If he even hints that there are [new] test results that the jury has not heard of, it’s going to be a mistrial,” Cahill warned.

NEW EVIDENCE: "It's going to be a mistrial, pure and simple."

Tobin took the stand again and said he found no evidence of carbon monoxide being in Floyd’s blood. He then said that it is so well-established that pressure on the neck causes restricted airflow that there is no research on it.

The prosecution and defense both rested following Tobin’s testimony. Closing arguments are expected to begin on Monday.

On Wednesday, Fowler, a retired chief medical examiner from Maryland, also testified that George Floyd should have been given immediate medical attention during last year’s arrest that ended with his death.

Fowler said Floyd suffered a “sudden cardiac arrest,” but he noted that this type of medical event is not irreversible and does not immediately result in death. He also said that Floyd should have received swift medical attention and expressed concern that he was not.

“Immediate medical attention for a person who’s gone into cardiac arrest may well reverse that process,” Fowler stated during cross-examination.

However, the former medical examiner disagreed with the prosecution’s assertion that Derek Chauvin kneeling on Floyd’s neck proved fatal — offering a theory that fumes from the police cruiser near where Floyd was pinned to the ground may have contributed to his death.

Fowler also testified that Floyd’s cause of death should have been ruled undecided, disputing Dr. Baker’s determination that it was a homicide.