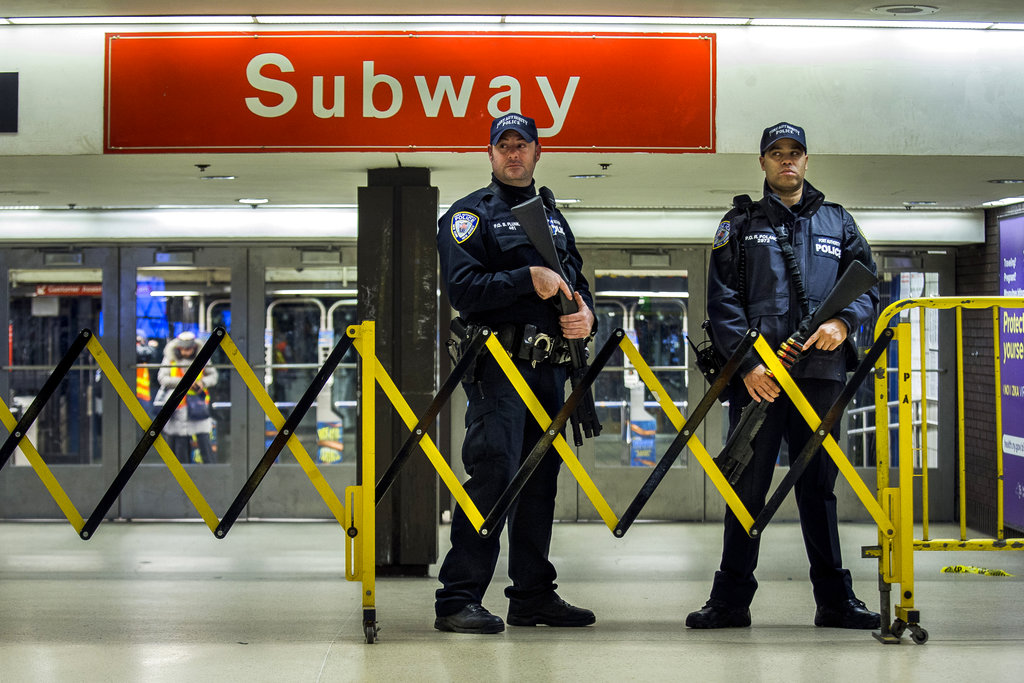 Police in New York City have arrested a suspect carrying a firearm who had entered a subway station in midtown Manhattan.

As NBC News reports, the suspect was apprehended Friday afternoon after police officers saw him with what appeared to be a rifle.

NEW: The NYPD has arrested a man from Ohio who had a semi-automatic rifle in a subway station in New York's Times Square near the A/C/E line around 42nd street.

The rifle was unloaded and the man had ammunition and a gas mask in his backpack. Reported w/ @jonathan4ny

The officers performing a station inspection approached the man after seeing him take the rifle out of a bag and place it on the ground, according to the report. Though the firearm was not loaded, the suspect had ammunition and a gas mask in his possession.

He reportedly told police he legally owned the firearm, and is from Ohio.

Police saw the weapon and immediately questioned the man and took him into custody.

They're trying to determine why he was there. Reported w/ @jonathan4ny

Investigators are working to determine why he was there and any intentions he may have had for bringing a rifle into the subway station. The investigation is ongoing.