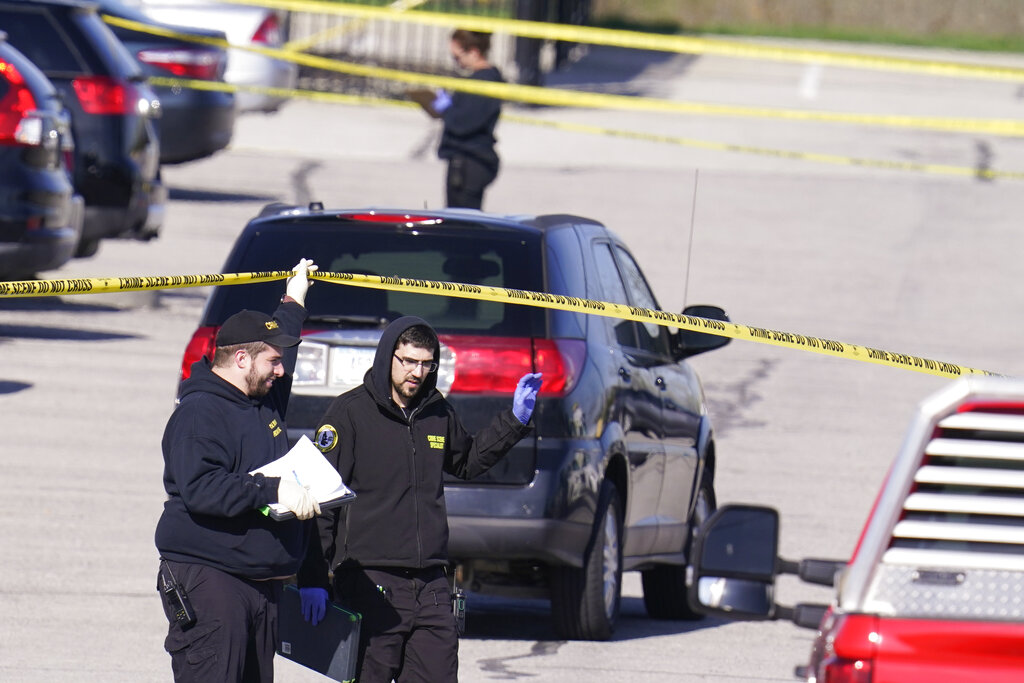 Including the gunman, 9 people were killed in the mass shooting Thursday night

As previously reported, eight people were murdered and several were injured after a gunman opened fire outside the facility on Thursday night. The unidentified gunman, who is believed to have continued shooting once inside the building, reportedly took his own life–bringing the total death toll to nine people. No police officers were injured.

Law enforcement officials said at Friday’s news conference, live-streamed by WTHR, that the shooting massacre began and ended very quickly, and that the gunman had killed himself before first responders arrived. None of the victims or the gunman have yet been positively identified, as family members desperately await word about their loved ones.

FBI Indianapolis Special Agent in Charge Paul Keenan said at the news conference that “it would be premature to speculate” on the shooter’s motivation.

Indianapolis Metropolitan Police Deputy Chief Craig McCartt said  he expects it will be “several more hours” before the crime scene is processed, at which point the deceased victims will be transferred to the medical examiner’s office for evaluation and positive identification. “This investigation is still in its infancy,” McCartt said.

In response to a reporter’s question, McCartt confirmed that the FBI is searching a home “of someone who may be the shooter.” Another reporter question indicated that there was a police presence at the facility on Thursday prior to the shooting, though law enforcement did not specifically comment on whether there were any indications of a possible threat prior to the shooting.

Referring to the delay in notifying family members of people who were killed, McCartt said that investigators are carefully processing the crime scene.

“We don’t check wallets, we don’t check purses” until the crime scene has been thoroughly processed, he said.

-Has to wait until the evidence is collected before they can ID
-Has not been on scene yet to do that
-They will work with chaplains, victims assistance, to reunify the deceased with family members
-The process to ID the deceased will take some time

McCartt said he believed the gunman used a rifle in the massacre, and said investigators were checking for surveillance video in and near the facility.