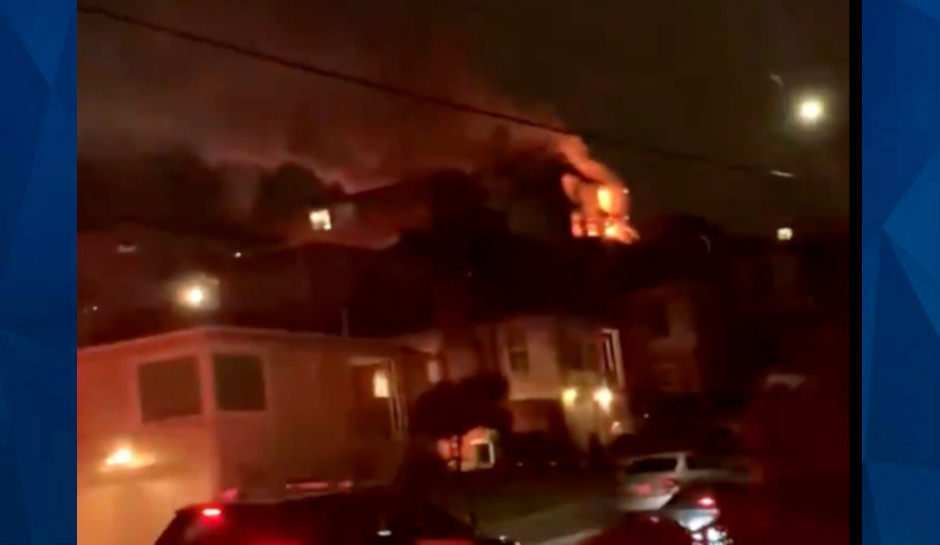 Oakland police are investigating the deaths of a 37-year-old man and his 1-year-old daughter in a house fire early Saturday as homicides, and police say that the fire is linked to another fire and a shooting earlier this month.

When firefighters arrived on the scene just after midnight, several adults and children were trapped in the 3-story home, CBS SF Bay Area reported. They rescued some of them, but found the father and his daughter after the blaze was extinguished.

Two victims were transported to hospitals for treatment; while they remained hospitalized, their condition was not known.

Arson investigators determined that the fire was intentionally set, and Oakland police spokeswoman Johnna A. Watson said later that investigators believe Saturday’s deadly blaze is connected to a fatal shooting in East Oakland on April 10 and a fire at a business at the same location four days later.

Watson also said that a person believed to be involved in the fatal shooting turned himself in on Thursday and was arrested. Police referred the case to the Alameda District Attorney’s Office for further review and charges.

Arrival video showing back side of house- #oakland pic.twitter.com/LgNDCUSKRh

The names of the victims have not been released.

Anyone with information is asked to contact the Oakland Police Department homicide section at 510-238-3821 or the department’s tip line at 510-238-7950 or the Crime Stoppers of Oakland tip line 510-777-8572. Police and Crime Stoppers of Oakland are offering rewards in cases where a death is involved. A reward of up to $40,000 may be offered for information leading to an arrest made in the case.