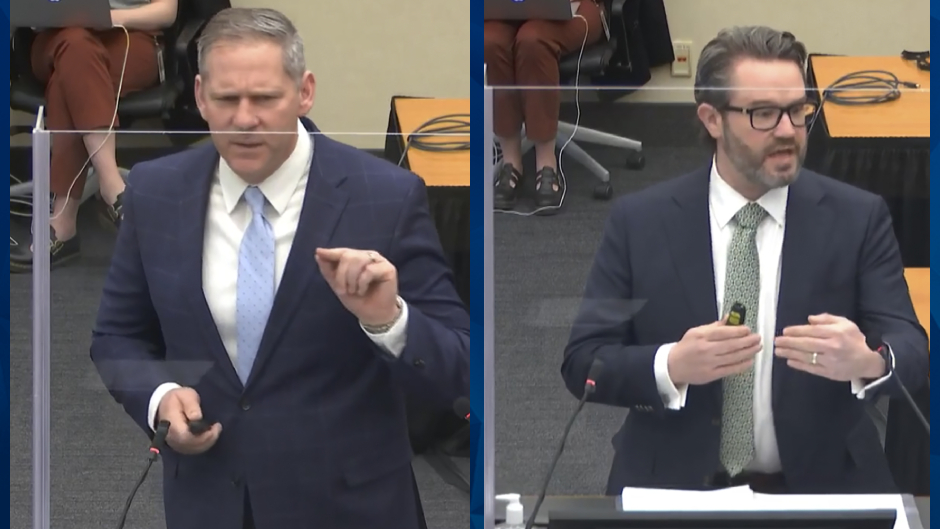 During closing arguments at the Derek Chauvin trial on Monday, both the prosecution and defense addressed the possibility that George Floyd exhibited superhuman strength during last year’s arrest that ended with his death.

“There are no Supermen or Spidermen, right,” Nelson said in court, according to Sky News. “But officers are specifically trained that someone under the influence of certain types of controlled substances [can] exhibit this behavior.”

“They become stronger than they normally would. We’ve all heard the anecdotal stories of the pregnant mom lifting the car the car off of someone.”

The prosecution argued during their closing statements that Floyd was essentially fighting for his life as the pavement tore into his face and bare skin while officers pinned him to the ground. They noted that Chauvin had his knee on Floyd for nine minutes and 29 seconds.

Prosecutor describes George Floyd "losing strength—not superhuman strength…There's no such thing as a superhero. Those exist in comic books. And 38th and Chicago is a very real place."

"Just a man, lying on the pavement, being pressed upon, desperately crying out." pic.twitter.com/r44ImyIjSs

Previously, the defense’s use of force expert Barry Brodd testified that Chauvin was justified in pinning Floyd to the ground during the arrest that ended with Floyd’s death. He also claimed Floyd may have been experiencing excited delirium, which the defense said was the result of drug use.

However, Hennepin County Medical Center Dr. Bradford Langenfeld, the doctor who pronounced Floyd deceased, testified that he observed no evidence that Floyd exhibited symptoms common with excited delirium, such as sweating or agitation.

Like several other experts who testified for the prosecution, Langenfeld said he believed Floyd died of oxygen deficiency or asphyxia.

A 2011 study in the West Journal of Emergency Medicine described excited delirium as a syndrome “characterized by agitation, aggression, acute distress, and sudden death, often in the pre-hospital care setting.” It is typically associated with drug use that affects dopamine reception and hyperthermia.

TRIAL VIDEO: Defense attorney Eric Nelson in his closing argument. “A reasonable police officer would understand this situation. That Mr. Floyd was able to overcome the efforts of three police officers while handcuffed.” #DerekChauvinTrial

While law enforcement has used excited delirium to explain deaths that occur during an arrest, the Emergency Medicine Residents’ Association says there is no “universally recognized definition” of the term, which has a “wide differential diagnosis.” However, the organization says law enforcement’s use of restraints has an “exceedingly high rate” of death or injury among people experiencing the syndrome. It is also worth noting that neither the American Medical Association nor the American Psychiatric Association accept excited delirium as a medical condition.

The report also stated that there was no evidence “to support a diagnosis of traumatic asphyxia or strangulation” in Floyd’s death. Conversely, an independent autopsy stated that sustained forceful pressure on Floyd’s neck and back led to his death.

Both the county’s autopsy report and the independent autopsy report noted drugs in Floyd’s system. However, the two reports listed his cause of death as a homicide.

For the latest true crime and justice news, subscribe to the ‘Crime Stories with Nancy Grace’ podcast. Listen to a related: