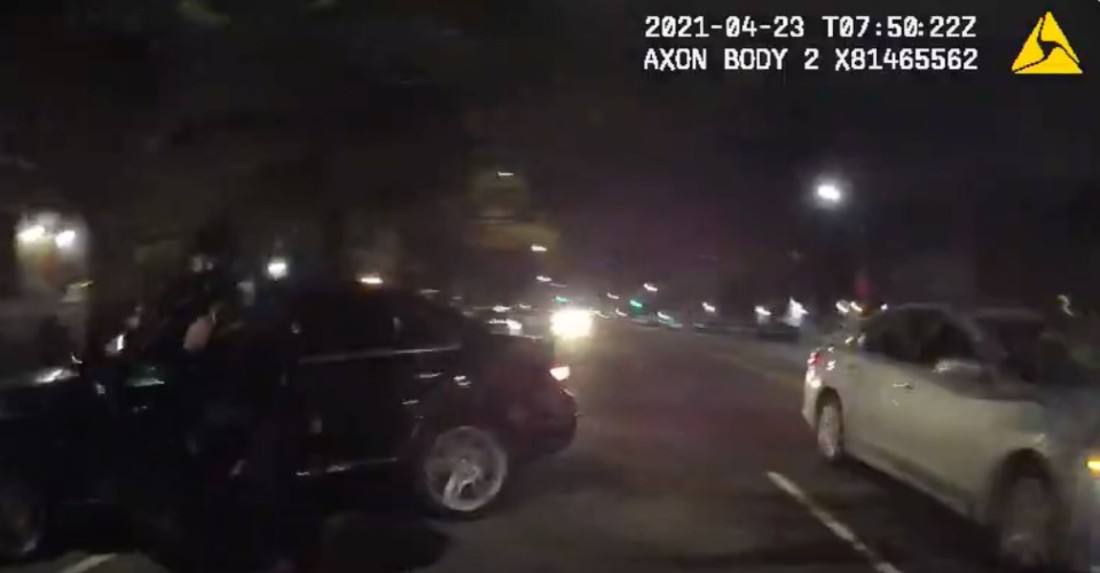 SHOCK VIDEO: Gang member out on NO BAIL for attempted murder MOWS DOWN COP, steals Jaguar on 12-hour rampage

Police body camera captured the moment a New York police officer was dragged by a car driven by a fleeing motorist, WABC-TV reports.

The incident occurred around 4 a.m. Friday in Brooklyn, when an NYPD lieutenant approached a Mercedes Benz that was blocking traffic and had windows that were improperly tinted.

“You’re not under arrest,” the officer states in the video. “We’re just going to ask you to step out real quick.”

Moments later, the driver, 32-year-old Takim Newsom, suddenly reversed the car, catching the officer and dragging him before Newsom took off.
The lieutenant’s back, arms and legs were injured and he was brought to NYU Langone Hospital-Brooklyn, according to the New York Post.

The NYPD posted video of the encounter Friday on Twitter.

Early this morning, officers from the @NYPD71Pct conducted a car stop. During their investigation, officers determined the driver was not fit to drive and asked him to step out of the vehicle. That's when he put the car in reverse, running over the lieutenant. pic.twitter.com/8pWRkcSsI5

“Early this morning, officers from the @NYPD71Pct conducted a car stop,” the NYPD tweeted Friday. “During their investigation, officers determined the driver was not fit to drive and asked him to step out of the vehicle. That’s when he put the car in reverse, running over the lieutenant.”

Shortly after the incident, Newsom allegedly broke into a home and confronted a 66-year-old woman and her son, at times throwing plants at them.

“I thought I was opening my home up to someone who was in need,” the woman told the New York Post. “It turned into hell. A living nightmare.”

She added: “It was scary. It was very scary.”

Newsom’s girlfriend and her mother reportedly live in the basement of the home, but it was unclear whether they had any interaction with him during the encounter. Newsom then allegedly stole a green Jaguar nearby that was idling as its owner waited for the vehicle to warm up, according to the report.

Newsom had been arrested earlier this year for a shooting on Valentine’s Day at a bar in Jamaica, Queens, for which he was charged with attempted murder. But Queens Judge Denise Johnson released him without any bail in connection with that case, despite his defense attorney recommending bail of $50,000, according to the New York Post.

A court spokesperson told the newspaper that Johnson believed “the least restrictive form of bail as is required by the law” was what she ordered: supervised release.

Records obtained by the newspaper show that Newsom has upwards of 20 arrests, two of which include shooting at police. He is also reported to be a gang member.

Authorities are likely to charge Newsom with assaulting an officer in connection with Friday’s events.