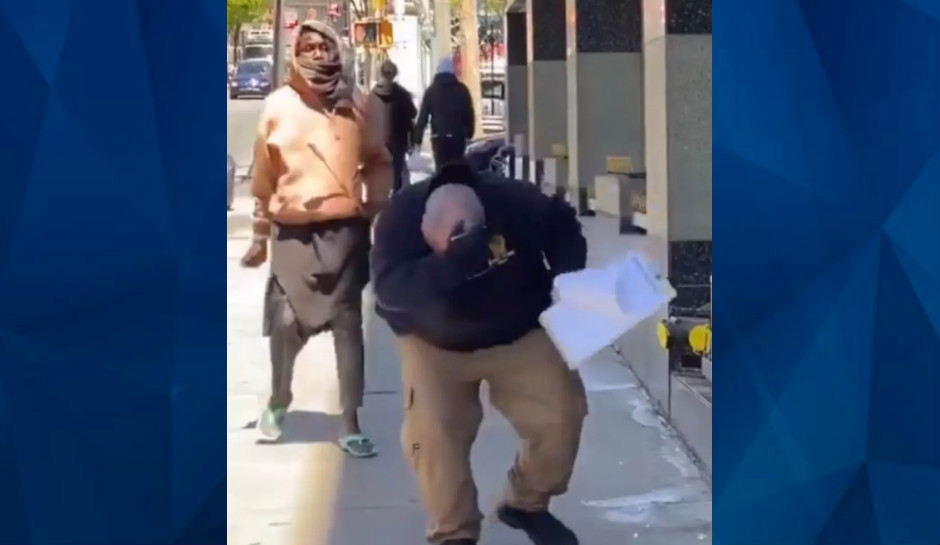 A New York Police detective investigating an early morning robbery in the Bronx took a blow to the side of the head Monday, courtesy of a man carrying two long sticks.

Akeele Morgan, 25, has been charged with assault, criminal possession of a weapon, resisting arrest, and disorderly conduct.

In video posted to social media by the Detectives’ Endowment Association, Morgan walks up to the detective with a stick in each hand, then swats the detective on the side of the head and sprints away, with other officers right behind him.

Even as our Detectives investigate crimes they’re attacked by emboldened criminals, who have quickly realized there are no consequences for law breakers in our city.

The DEA is calling for this violence to be fully prosecuted as we look to file civil charges. pic.twitter.com/3FuiBEEcE1

The Crime Scene Unit detective, who was not named, was taken to a hospital and treated for minor injuries.

Police said the detective was investigating a robbery that took place at about 5 a.m. Morgan attacked him just before noon.