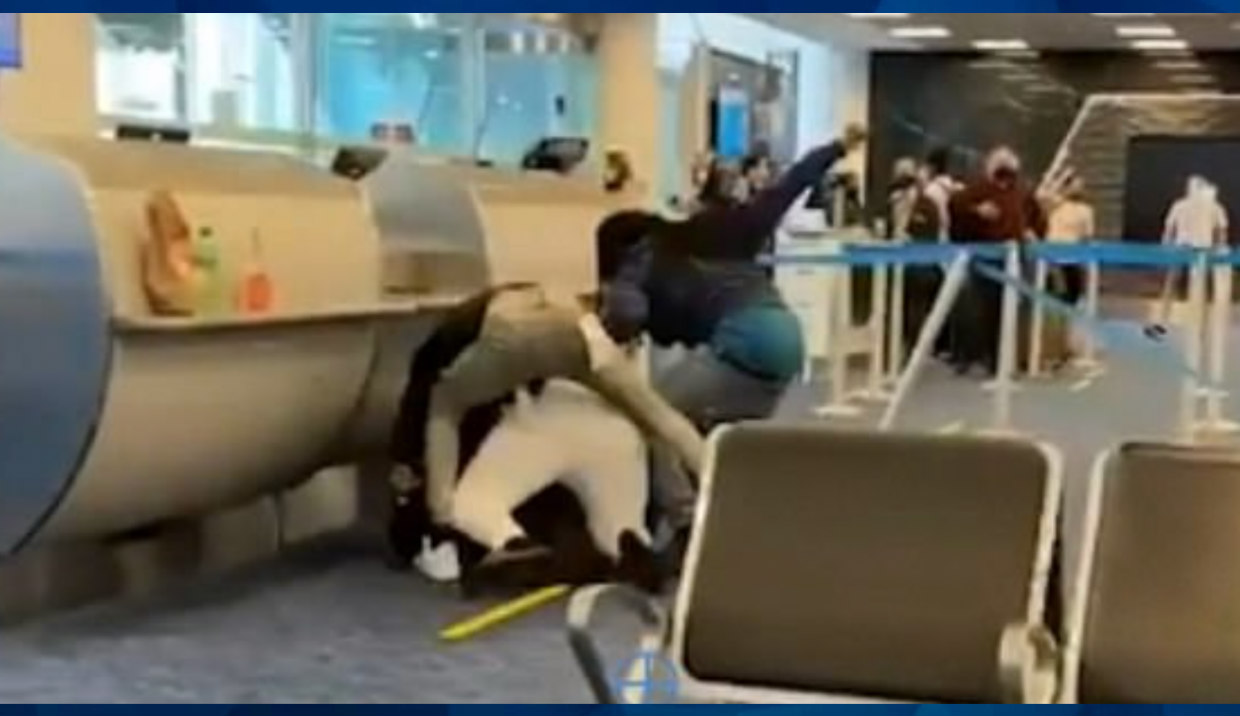 A dispute over airline seats apparently sparked a brawl over the weekend at the Miami International Airport.

Local 10 News reports that the fight happened at the American Airlines terminal of the Miami airport on Sunday afternoon. According to police, one person was arrested after the incident, identified as 20-year-old Jameel Tremain Decquir.

The arrest report indicated that Decquir was on standby to board a flight with three other people when he was told there were only three seats available. The flight agent reportedly told Decquir that three people could board while leaving one person behind, or all four could take the next flight.

Decquir and his group then got into an altercation with a group of three people at the counter beside him. Within minutes, a mass brawl ensued, captured by Twitter user, “Dolphin201.”

The arrest report states that the brawl happened after Decquir punched someone in the face as they turned away from the counter. Then, four suspects attacked three victims.

The video appears to show one of the victims in the brawl as he laid over a woman on the floor so she wouldn’t get hit.