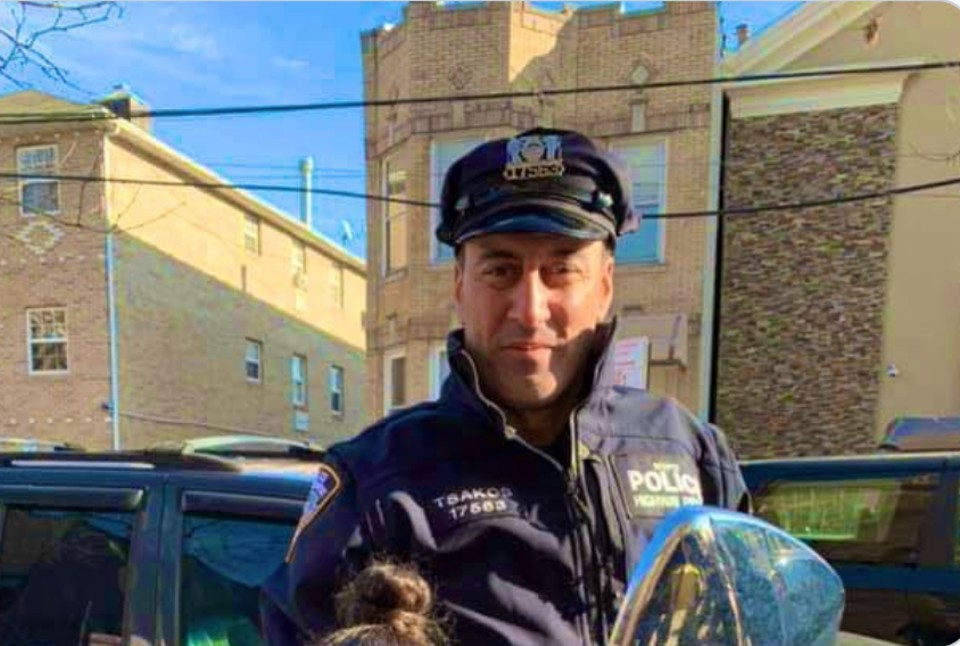 An NYPD officer was killed in a hit-and-run on the Long Island Expressway early Tuesday morning.

As News 12 reports, Anastasios Tsakos was on the LIE near Exit 26 in Queens diverting traffic from an earlier crash when a driver hit him with her car and took off.

Tsakos, a 14-year veteran of the force, was transported to a hospital where he was later pronounced dead.

This was #NYPD Highway Patrol Officer Anastasios Tsakos: a 43-year-old husband, father of two little kids, & 14-year NYPD veteran. A drunk driver killed him overnight on the LIE as he diverted traffic from another ax. This is tragic. 💔 @PIX11News pic.twitter.com/MfKK6behG0

Police later caught up to the car that had left the scene and arrested the driver, a 32-year-old woman from Hempstead. Police sources told the news outlet that the unidentified woman had a suspended license and appeared to be driving under the influence.

She has been charged with vehicular manslaughter.

Tsakos reportedly lived in Suffolk County, Long Island, and leaves behind a wife and two children.