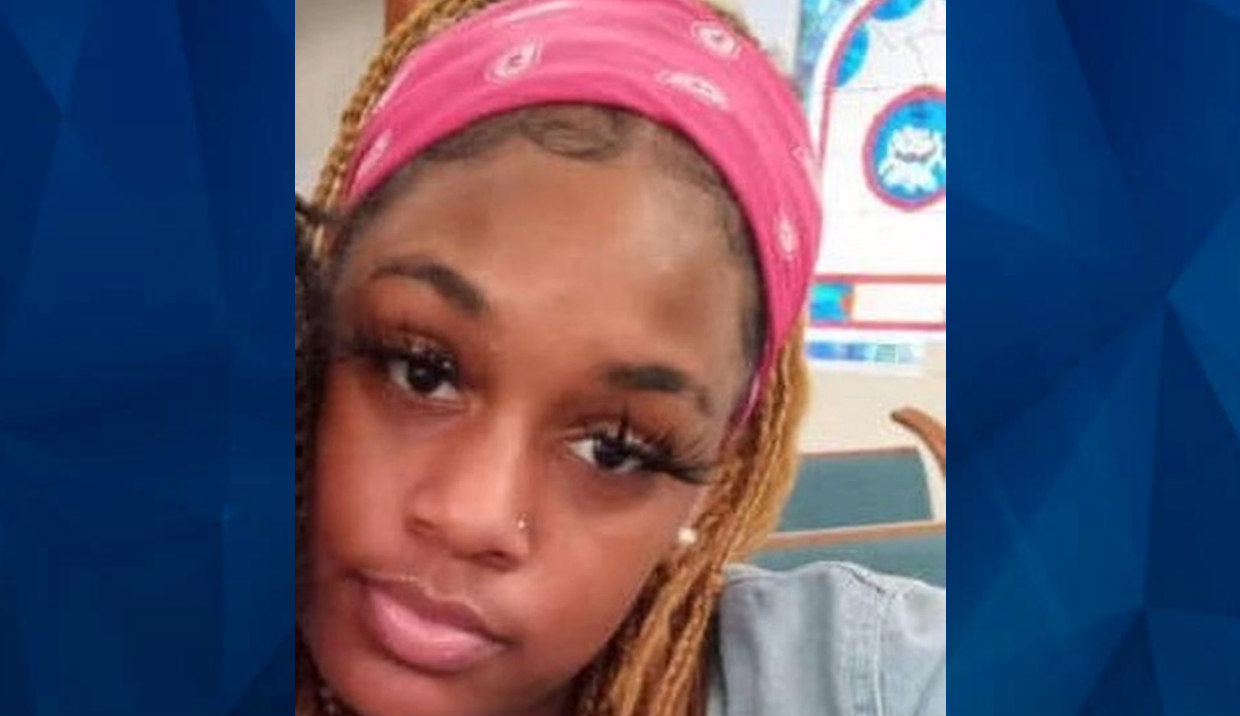 A 15-year-old South Carolina teen has been found dead after disappearing nearly three weeks ago.

Penn Live reports that Sanaa Amenhotep’s body was found Thursday in Lexington County. According to investigators, she was found deceased in a wooded, secluded area.

Sanaa’s mother reported her missing on April 5, after she left with two males, according to police. Richland County Sheriff Leon Lott said that although she initially left voluntarily, Amenhotep changed her mind but was held against her will and ultimately murdered.

Authorities said one minor male has been arrested in connection with Sanaa’s kidnapping, CBS 19 reports. Another male, identified as Treveon Nelson, is wanted on kidnapping charges.

“We need him [Nelson], he needs to be held responsible for what he did,” Lott said.

HAVE YOU SEEN THIS MAN? Treveon Jamar Nelson is wanted for kidnapping in connection with the missing persons case of Sanaa Amenhotep. Anyone with information is asked to submit a tip to Crime Stoppers at https://t.co/vpbEOdqfLS, 888-CRIME-SC, or call 911. pic.twitter.com/EGXeKABfau

According to Lexington County Coroner Margaret Fisher, there is a preliminary cause of death, but the details won’t be released until the autopsy is complete.

Authorities have remained mostly mum on the case. It’s unclear at this time if the victim knew the suspects. The motive behind the slaying is also unclear.

“On behalf of the people of Newark, I would like to express my sincere condolences to Sharif Malik Amenhotep, on the tragic loss of his beautiful and intelligent black daughter, Sanaa Amenhotep, who was kidnapped and murdered in South Carolina,” Newark Mayor Ras Baraka said.

“Mr. Amenhotep works tirelessly to increase justice and reduce violence in our neighborhoods through our Brick City Peace Collective, helping us to re-imagine public safety and prevent tragedies such as this from taking place in our very own community.

“No parent should ever have to bury their child. It is an inexplicable loss that defies imagination.

“We hope that the South Carolina authorities can bring the suspects in this case to justice. Our entire city is joining with the Amenhotep family in their grief and pain.”

Sharif Amenhotep previously told Live 5 News that his daughter contacted him regularly prior to her disappearance. He became worried after learning her phone and Instagram account had been shut off.

“She means everything to me, I just truly miss her,” he said.