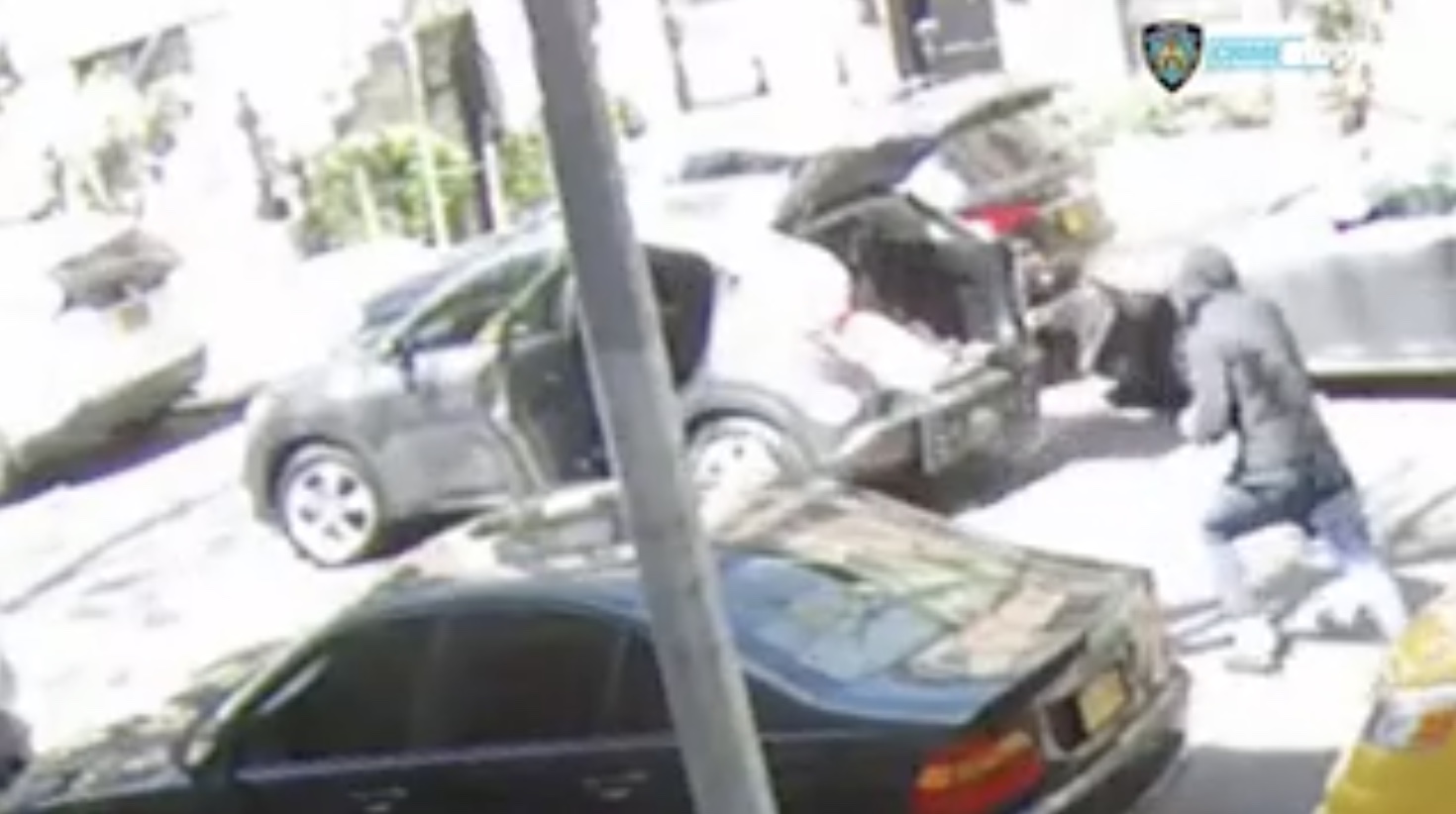 New York police released a shocking video Friday showing a fatal shooting in the posh Upper East Side in what they said was a drug deal gone bad.

Chris Delinois, 20, was killed in the shooting on Monday, the New York Daily News reported.

The video shows the suspect walking down the street, approaching a Honda HRV that appears to be double parked on E. 95th Street near Park Avenue. He gets into the back seat, where police said Delinois was also sitting.

The video cuts to a scene with the suspect already in the back seat and another man who is looking into the open hatchback. That man is startled by something and runs away. The suspect jumps out of the back seat and appears to fire through the open hatchback. He returns to the rear door and leans in, apparently firing at Delinois at close range while the driver of the Honda tries to pull away and immediately crashes into a parked car.

Police said the last part of the video is the suspected gunman fleeing on foot.

Delinois was shot in the chest, New York police said.

According to the Daily News, police found a large amount of marijuana in the back seat of the Honda.

The suspect wore a black mask and was dressed in black except for blue sweatpants, police said.