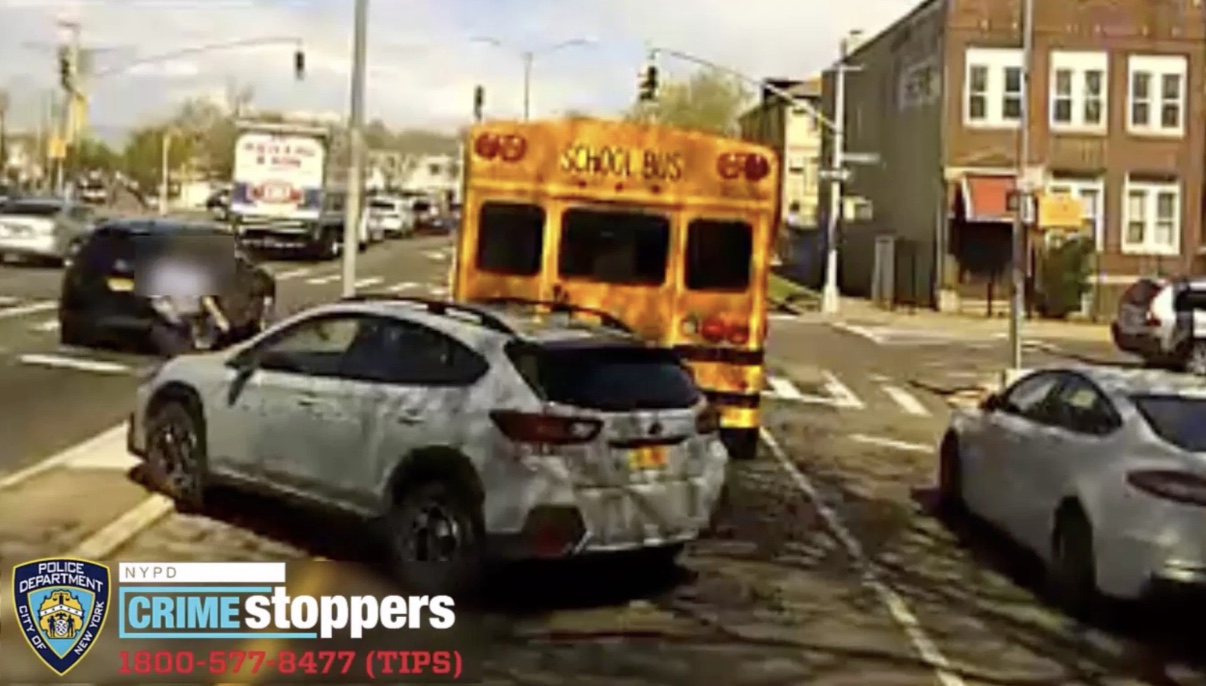 CAN YOU ID HIM? Video reveals driver mows down lady school bus driver in broad daylight!

New York police are looking for a man caught on video intentionally driving over a Brooklyn school bus driver late Friday afternoon and fleeing the scene.

The 44-year-old woman “sustained trauma throughout her body,” police told the New York Post. She is listed in critical but stable condition at Brookdale Hospital.

In the video, the suspect is in a gray Subaru CTK behind the school bus, which is stopped at a traffic light at Hinsdale Street and Linden Boulevard. He gets out of the car and stomps to the front of the bus. There’s an edit in the video, and the man is back in his car behind the bus. The bus driver comes around the front.

WANTED for AN Vehicular Assault at the northeast corner of Hinsdale Street and Linden Boulevard . #Brooklyn @NYPD75pct on 4/30/21 @ 5:15 PM n unidentified individual did intentionally run over a 44-year-old female victim with his vehicle.Reward up to $2500 Know who they are? pic.twitter.com/FV4MW4NxHA

“The guy goes up to the school bus. Looks like he broke glass. She goes to take a picture, and he runs her over,” an NYPD spokesman told the Post Saturday.

The spokesman would not speculate on the motive for the gruesome act but said the suspect and the driver did not know each other.