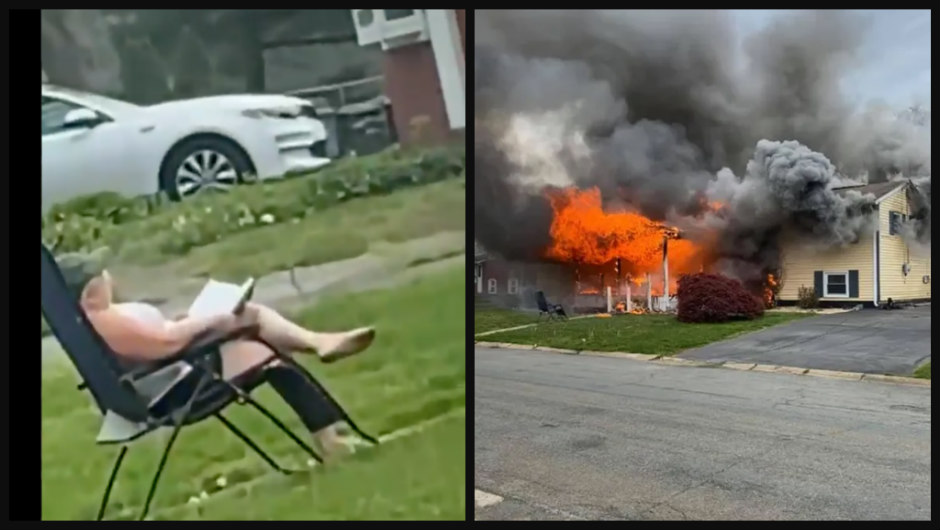 SEE IT: Chilling video shows woman set home on fire, watches it blow up in flames with someone inside

A Maryland woman is behind bars after police say she set her house on fire while someone was inside.

According to the Office of the Maryland State Fire Marshal, witnesses told police that Metwally set multiple fires at the home and then sat down on a lawn chair in the front yard while the house burned. A video taken by a bystander appears to show Metwally arguing with a male before the fire; the altercation turned physical when the unknown male poured water on the suspect. Minutes later, the fire erupted.

Witnesses said they heard a woman screaming from the basement shortly after. A shirtless bystander helped her to safety.

“She just lit the fu***** trashcan on fire and dumped it in the fucking living room,” an unknown person said during the video.

Police found Metwally near the scene and detained her for questioning. She was taken to the Maryland State Police North East Barrack.

Woman in Maryland sets a house on fire while someone is still inside pic.twitter.com/ocRVni4lc9

Metwally is now behind bars at the Cecil County Detention Center. She’s been charged with attempted murder, arson, assault, and related charges.

A woman sat in a lawn chair after setting her home on fire and watched the house become engulfed in flames. She then walks away while another person was inside. Bystanders later rescued the occupanthttps://t.co/iJcCN2ebpu pic.twitter.com/zCYhWeObRZ

Authorities said four people, including Metwally, lived in the home. Two of the residents weren’t home when the incident happened.