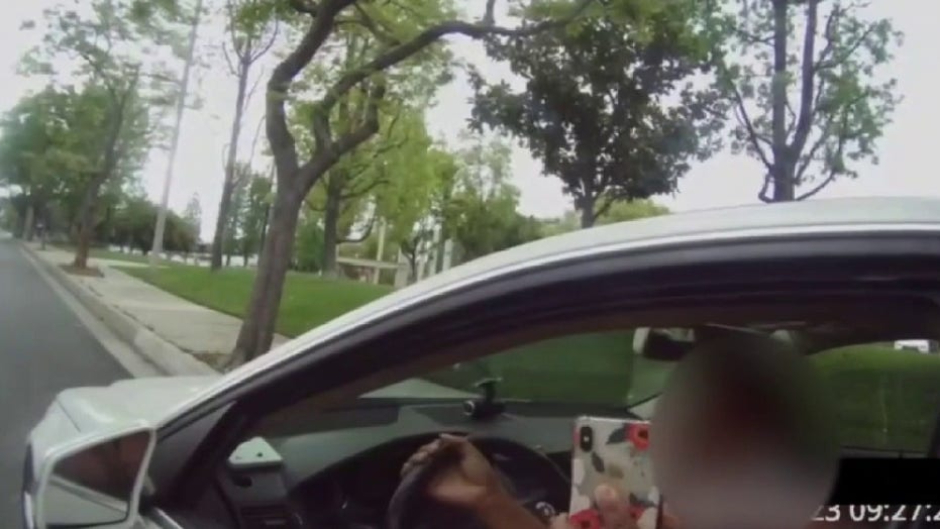 “You want to be white so bad,” the woman said to the officer

Police body camera captured a tense encounter between a California police officer and a citizen reportedly pulled over for using her cellphone while driving last month.

Fox News obtained footage from the unidentified Los Angeles County officer’s body camera which shows the 14-year veteran pulling over a female driver — who says she is filming him “because you’re a murderer.”

The officer tells the woman she cannot be on her cellphone while driving before ordering her to hand over her identification. The woman says she is a teacher and a legal citizen before calling the officer a murderer a second time.

During the interaction, the driver is also heard accusing the officer of trying to kill her and her son.

NEW: "You're always gonna be a Mexican, you'll never be white, you know that?"
A Latino LASD deputy sent me his bodycam video of a woman claiming to be a teacher launching into a racist tirade against him when he pulled her over in San Dimas. She repeatedly calls him a murderer. pic.twitter.com/Cc8jSVenCQ

The woman did not stop her tirade even after the deputy’s supervisor arrived at the scene. In the footage, the supervisor is heard explaining that the officer was citing her for using her cellphone while driving.

The woman then verbally abuses the deputy with disparaging comments about his perceived ethnicity.

“You are always going to be a Mexican,” she is heard saying. “You will never be White. You know that, right?”

The deputy says “Have a good day” to the woman, who responds, “You want to be white so bad.”

Los Angeles County Sheriff Alex Villanueva told Fox News that he was “appalled” by the exchange but commended the officer for his demeanor.

Police officials confirmed to the news outlet that the woman immediately filed a harassment complaint with internal affairs. However, the woman reportedly has a history of making unsubstantiated claims against officers.

“It shows you that bigotry, racism comes in all, colors and all ages — that’s proof of that right there,” Villanueva said. “If you want to call all of the deputies murderers, unfortunately, you are doing the exact same thing you’re accusing other people of doing against your own kind.”