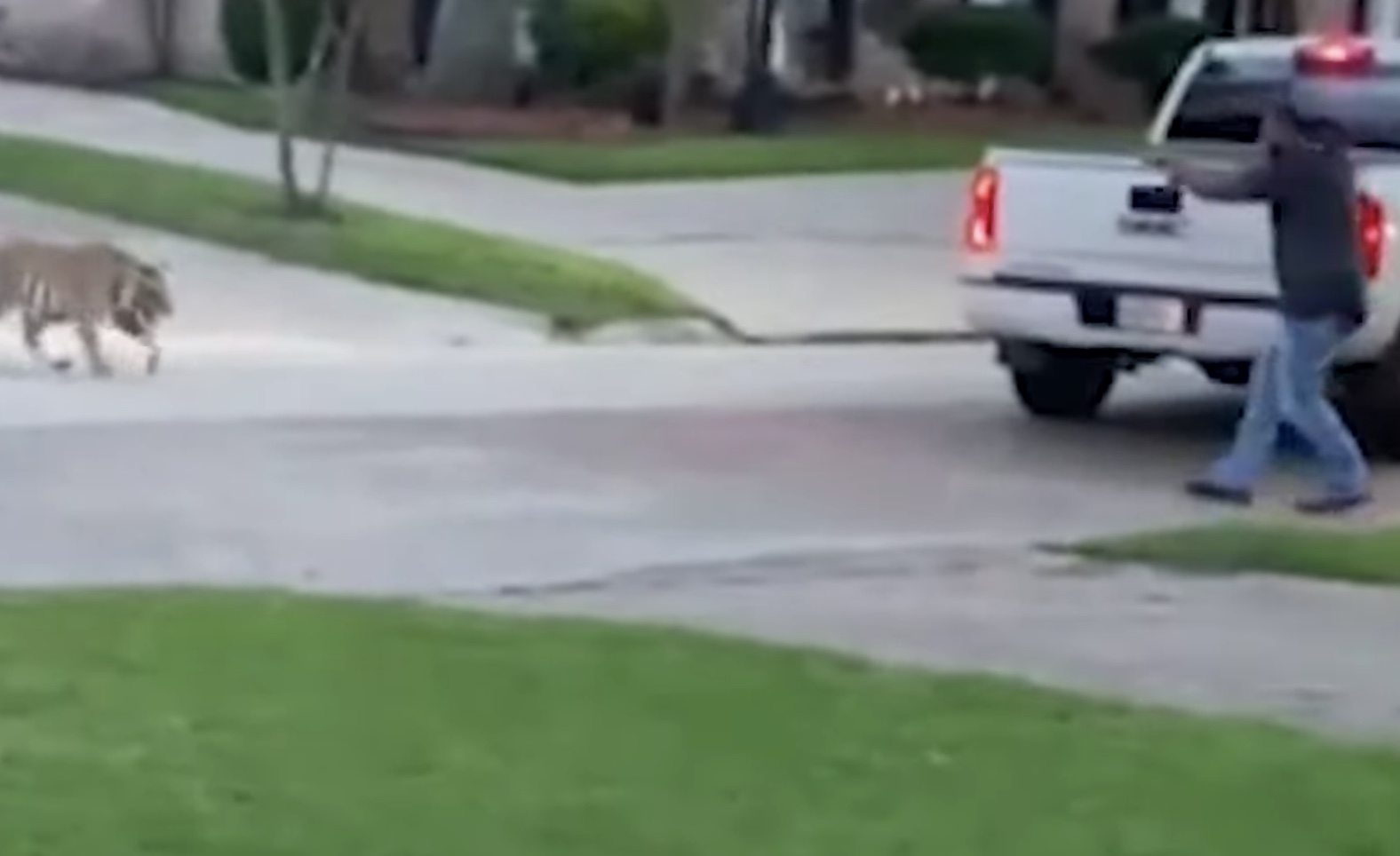 A murder suspect who was out on bond when he fled from police with a tiger in his SUV is now in custody.

UPDATE #2: Victor Hugo Cuevas is in custody. The whereabouts of the tiger are not yet known.

Anyone with information on the tiger is urged to contact HPD Major Offenders at 713-308-3100.#hounews https://t.co/TkaAtK45MC

Victor Hugo Cuevas, 26, has been charged with a July 2017 murder in Fort Bend County, Texas. But it wasn’t the murder that caught his West Houston neighbors’ attention.

Jose Ramos was the first to spot the tiger walking around the neighborhood about 8 p.m. Sunday night. He posted about the animal on a neighborhood social media group, then called 911.

“It was very scary because this is a very family-oriented community, and you see lots of kids and baby strolling,” Ramos told KHOU. “And people taking their pets, dogs and walking them. So again, the first thing I was thought was to alert the community so everybody would stay home.”

That community posting caught the eye of Waller County Deputy Wes Manion, who was off-duty and nearby, so he came over to see if he could help. When the tiger got up and started walking across the street toward him, he pulled his gun.

“Last thing I wanted to do was shoot the tiger. It didn’t seem super aggressive,” Manion said, so he told the man to take the big cat inside. At the same time, he also called 911, telling dispatchers the tiger’s owner was trying to leave. Witnesses said Cuevas put the tiger in Jeep Cherokee and took off as police were arriving.

“There was a brief pursuit, and the man got away with the tiger,” Houston police Commander Ron Borza said, according to KCTV5.

And that’s when they learned the tiger’s owner was murder suspect Cuevas. Borza said the 26-year-old Cuevas is now facing an evading arrest charge — it’s a misdemeanor to have an exotic animal of that size in the city — and his bond on the murder charge will be revoked, KHOU said.

UPDATE: Victor Hugo Cuevas, 26, is charged with felony evading arrest for fleeing from HPD patrol officers this morning. Attached is a 2017 booking photo.

Borza said police hope to get the tiger back unharmed.

“It’s not the animal’s fault, it’s the breeder’s fault. It’s unacceptable. It shouldn’t be happening at all,” Borza said.