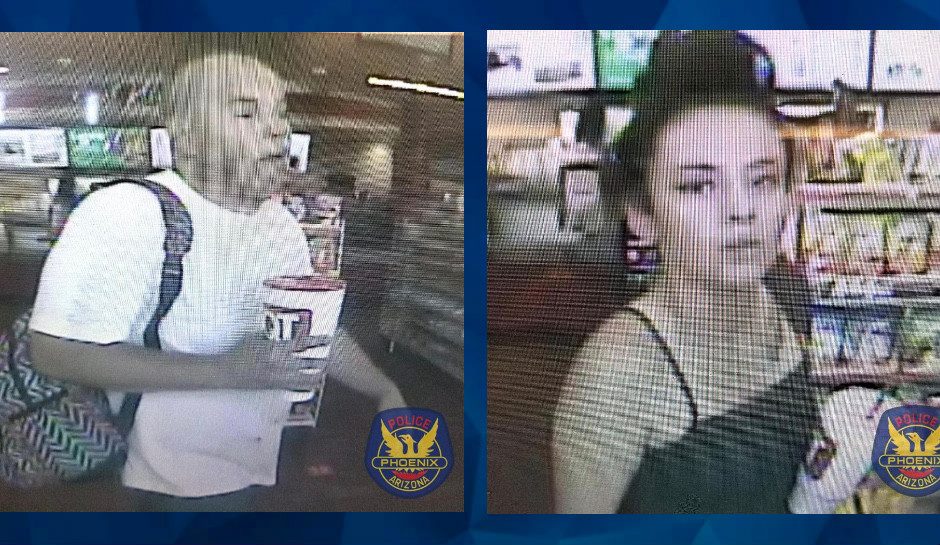 Phoenix police issued an AMBER Alert Wednesday afternoon after a pickup truck was stolen from convenience store parking lot with an 18-month-old girl inside.

Police released photos of the suspects and the green Ford F-250 pickup truck that was stolen.

3TV reported that the child’s caregivers and the two suspects, who had just met, went inside the QuikTrip convenience store, but the suspects went back outside and drove away in the truck.

“As you can imagine, they’re shocked,” said Sgt. Mercedes Fortune with the Phoenix Police Department about the baby’s caretakers. “They don’t know why this would have happened or what reason these other two people would have had to take their vehicle and that baby.”

Fortune said the suspects were aware the baby was in the vehicle.

An 18-month-old child was taken and these are our suspects. Last seen in a green pickup truck (Arizona license plate #CHC3292) in the area of 3rd Ave/ Indian School. If you see the vehicle or recognize the suspects, CALL 911. pic.twitter.com/vL5D7MwXWI

“We’re concerned,” she said. “This couple does not know that child. They had no permission to have that child. That obviously brings up the level of urgency for us and make share this information so quickly.”

Police described the male suspect as white, bald, and about 35. The woman is Hispanic and was wearing dark clothes. The baby was last seen wearing a pink onesie that said “Mama’s Baby” on the front.

Anyone with information is asked to call 911 immediately.