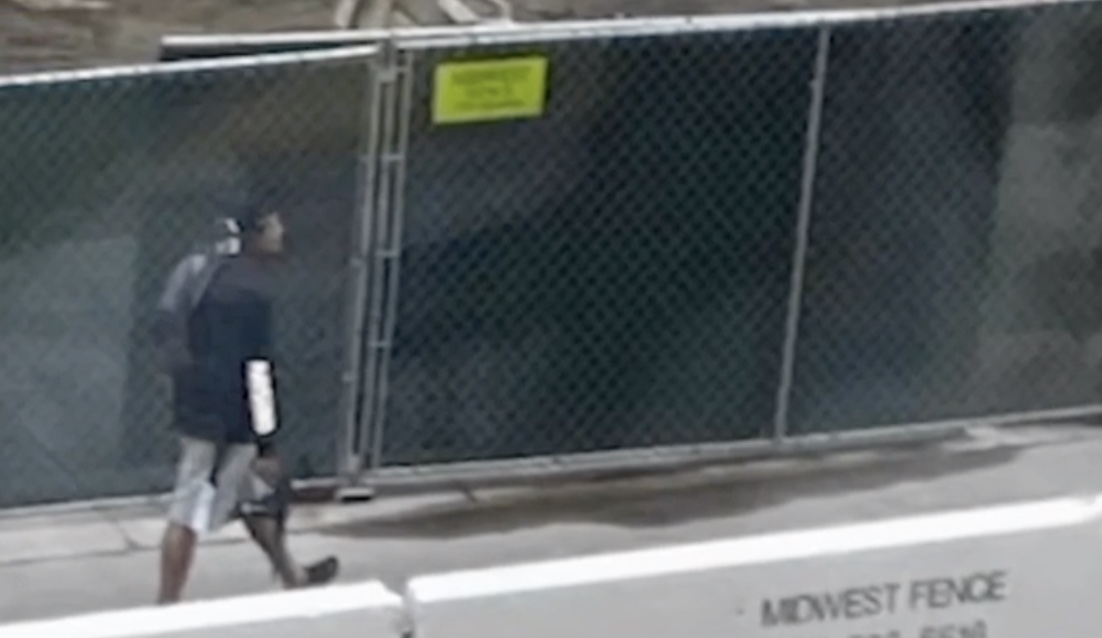 A man has been accused of attacking two women in downtown Chicago this week while carrying a semi-automatic rifle equipped with an extended magazine.

Chicago police said Torey Jones, 29, was carrying 138 .22 caliber rounds when he was arrested after a brief foot chase, Fox 32 reported.

A witness saw that incident and screamed, prompting Jones to flee. Chicago police arrived quickly and confronted him, but he pointed the rifle at them then threw it on the ground and fled. Officers chased him down and took him into custody.

The loaded rifle was found beneath a vehicle.

ABC7 spoke with a Chicago Transit Authority repair crew who saw Jones just before both incidents. Witness Marco Velasco said he was walking casually down the street with the rifle.

“We were working on the escalator and a lady ran up to me and said, ‘There’s a man with a gun,'” Velasco said. “And I asked her where and it was down there. He was walking towards us with a machine gun.”

Officers in the @ChicagoCAPS01 District recovered the weapon below & placed one offender into custody, after responding to a person with a gun.

This is just another example of how our officers continue to run towards danger to protect the residents of #Chicago #CPDMediaCar pic.twitter.com/6nFAhjFYgY

Jones reportedly stole the second woman’s belongings, and the younger woman was hospitalized with head injuries. Her condition was not known.

Jones has been charged with aggravated battery, attempted vehicular hijacking, aggravated assault of a peace officer, and unlawful use of a weapon by a felon, Fox 32 said. He’s been ordered held on $250,000 bond.