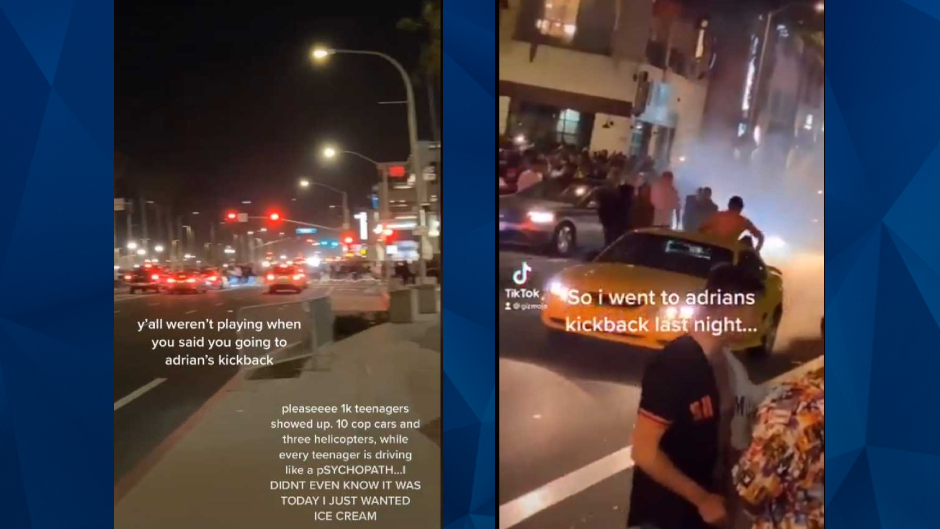 Nearly 150 people were arrested on a California beach on Saturday after a birthday party promoted via social media reportedly attracted hundreds of partygoers.

Arrests were made after police deemed a gathering for a birthday party at Huntington Beach an unlawful assembly. The 121 adults and 28 juveniles were arrested on various charges, including vandalism, firing illegal fireworks, and violating curfew, according to Fox Los Angeles.

BuzzFeed News reported that the birthday party in question was “Adrian’s Kickback” — which was promoted on TikTok and brought 2,500 people to Huntington Beach. New York Times reporter Taylor Lorenz tracked down Adrian and interviewed him about the ordeal. He said initially sent the online fliers via Snapchat on Monday, a day before his friend spread the word on TikTok, where it went viral.

“BYOE,” a caption on the now-deleted video reads. “Bring your own everything.”

I found Adrian from Adrian’s kickback! and his friend who posted the original viral TikTok. The hashtag #Adrianskickback has over 180M views on TikTok as of today pic.twitter.com/pzwUHX0ble

The Huntington Beach Police Department told KTTV that numerous businesses and police cruisers were damaged but no serious injuries were reported.

Hundreds of Orange County police officers were called to disperse the crowds.

The Los Angeles Daily News reported that some of the partygoers are believed to have come from other states.