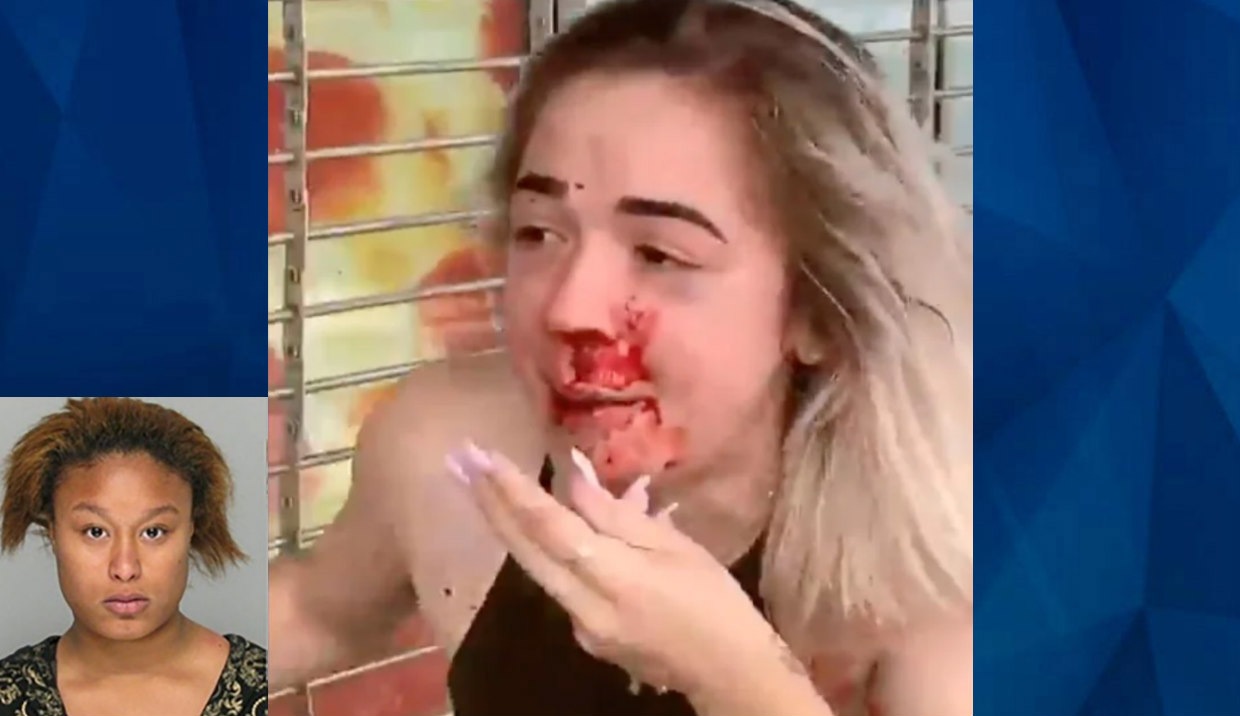 Police nab Georgia woman accused of brutally beating Little Caesars customer, dragging her out of restaurant by the hair

A Georgia woman caught on camera allegedly beating another woman inside a Little Ceasars restaurant has been arrested.

According to the Richmond County Sheriff’s Office, Augusta police issued an arrest warrant for 25-year-old Brittany Kennedy after she was caught beating 22-year-old Emily Broadwater at a Little Caesars restaurant on Wrightsboro Road in Augusta. The incident happened on May 17 at around 4  p.m.

The sheriff’s office posted a “wanted” poster on social media, a day after a witness put video footage of the fight on Twitter. On Tuesday, police arrested Kennedy off of Calvary Drive in Augusta.

Look at all the bleeps stand around and do NOTHING.
This animal deserves to be in a cage the rest of her pathetic life. pic.twitter.com/R77ijFpOnK

DailyMail reports that the victim said the suspect was upset about her baby’s father, who apparently had been hanging around Broadaway while Kennedy was in jail.

“All I did was help a friend out with his kids while his baby mama was locked up. She has been harassing me for weeks now,” Broadaway said on Facebook.

CrimeOnline could not independently verify the accuracy of Broadaway’s statement, but a police report indicates that Kennedy is a suspect in a previous incident involving the victim.